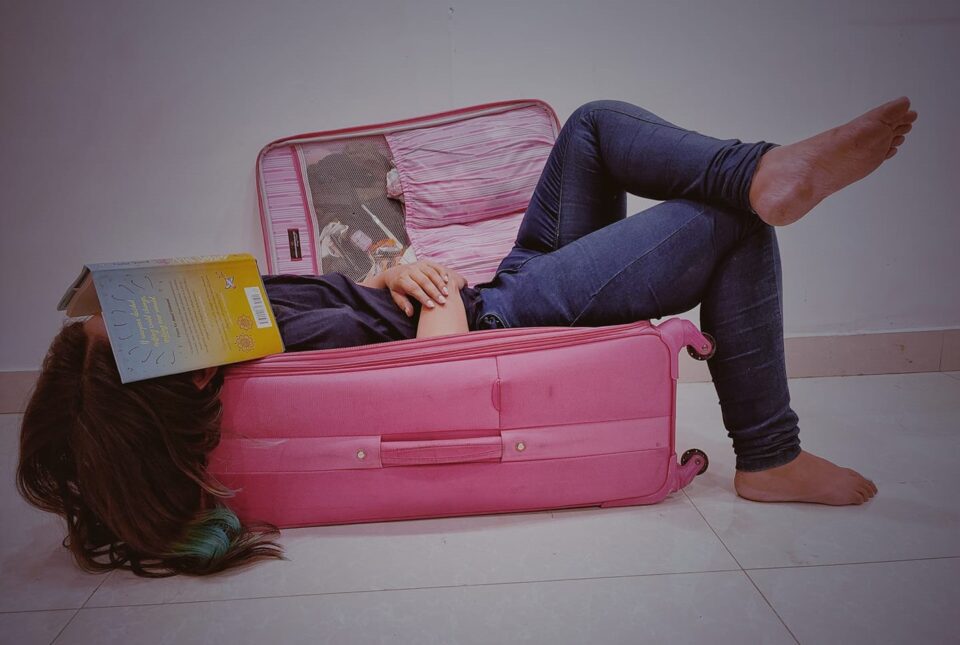 Indian-American songwriter, film director, model, and entrepreneur Amanda Sodhi started a new venture in January of 2021 titled “Twelve Steps to Home.” The project follows Sodhi on a journey through 10 cities in India, gaining new experiences and cultures, all while living out of one suitcase. This adventure is another colorful part of the singer-songwriter’s journey along with her music and directorial ventures.

Sodhi was born in Washington, D.C. and then moved to Los Angeles. Later, she moved to Mumbai and eventually shifted between Kolkata and Delhi. However, the definition of “home” was always ambiguous for her- and that inspired her to start her journey across India to find it.

“On Diwali 2020, I was sitting alone in a shikara in Dal Lake (Srinagar) when this idea came to me. Rather than feeling isolated in one city and sulking, I thought it made more sense to consciously uproot myself month after month across different cities in India and see what happens,” she reminisced.

Sodhi defines Twelve Steps to Home as her “search for what home and belonging really means.” Originally, the venture was supposed to be 12 cities, but Sodhi decided on 10 following the trajectory of the COVID-19 pandemic. Regardless, she has already visited a huge amount of the key cities that make up Indian culture.

In January, she visited Hyderabad. February was Andaman, followed by Ooty in March and Kashmir for April and May. June was Hyderabad, and July she visited Manali. Each of these cities has given Sodhi something new.

“Hyderabad and Andaman are where I’ve met the nicest people – in fact, when I was having a breakdown, I chose to return back to Hyderabad for an extra month so I could surround myself with people who cared about me and stabilize a bit,” Sodhi recalled.

She also had a wonderful experience in Kashmir. “I’ve really loved Kashmir– in spite of the challenges I faced– because each visit there has been a spiritual journey for me, where I’ve felt pushed to the end of my rope and emerged stronger as a result,” she explained. Amanda described Kashmir as “poetry in motion,” elaborating on her intent to return there every year.

Currently in Manali, Sodhi is having a positive experience there as well. She characterizes the city with cute cafes, food, and music that contribute to a very positive atmosphere. She has also had several experiences connecting people interwoven through the cities.

“A client of mine had connected me to a friend of hers in Ooty. At the same time, I was curious about the cheesemaking courses happening at Acres Wild in Coonoor,” Sodhi recalled. “So, I invited my client’s friend to join me for a daytrip there. It turned out the place is run by Mansoor Khan, and this person had auditioned for one of his films years ago and both of them had lost touch. It felt surreal to connect two people through sheer coincidence.”

Sodhi also had some not-so-pleasant experiences throughout her journey, but she persevered through them.

“Ultimately, every experience teaches us something if we’re willing to introspect and learn,” she concluded.

Along with this Ten-city journey, Sodhi has also sung and written multiple singles throughout her career and is working on releasing an album. An indie artist with a slight pop-rock influence to some of her music, several of the singer’s videos feature Indian settings and cities that she revisited during her current journey.

Sodhi writes songs in both English and Hindi, and has cathartic masterpieces titled “Puppet life,” “Behind my sunglasses,” “Main Khaali,” and “Takiye pe Sar.” Her music has been recognized by the likes of A.R. Rahman, and has been played on several platforms such as Drishyam Play.

“I look up to AR Rahman immensely, and when he Tweeted about my song it felt surreal,” she recalled.

“ ‘Takiye Pe Sar’ is also one of my favorite songs because I have not released many Hindi singles. This ballad underwent a journey of several years, so it was great when it saw the light of day -that too on a prestigious platform like Drishyam Play – entirely thanks to Manish Mundra,” Sodhi continued.

She also shed some light on her process as a songwriter. “Every artist has their own process of writing a song. When I’m writing for myself, the lyrics and vocal melody line emerge together out of the blue – it’s almost like a spiritual experience,” she described.

Sodhi has also founded “Pen Paper Dreams,” a writing-workshop based organization in Kolkata in 2017.

“Pen Paper Dreams’ goal is to help people bust stress through a variety of writing workshops. We also run the first of its kind virtual interactive reading group that combines reading, writing prompts and weekly group discussions,” she says.

“When I receive messages from participants that our sessions made them smile, or helped them feel less depressed or less anxious, it brings me immense joy.”

All of Sodhi’s ventures help her cope with her mental health, and she hopes to do the same for her listeners, readers and followers. While she still doesn’t know where her journey will end, she hopes to expand the reach of her experiences by logging her adventures in a book.

“The book will touch upon how it is to have no sense of family / home, what it is like to live out of a suitcase and move from one place to the other each month, how traveling in a pandemic has been, what it’s like to be a female solo traveler, and also my own mental health journey,” she explained.

Sodhi also intends on releasing a song with footage from all 10 places she’s visited, calling it her “life project.” Recorded almost vlog-style from her phone, Sodhi described the project as “very DIY” with a laugh.

Regardless of whether she finds the true meaning of home and family, Sodhi is enjoying her journey and hopes to continue it in search of new people and experiences.

“We’ve been conditioned to think home and family go hand-in-hand, so if you’re missing the latter the former becomes tricky to identify. But, I’m beginning to think perhaps home might be wherever I am and maybe society’s definition of “family” is incorrect,” Sodhi continued.

“There’s a lot of learning and unlearning I am yet to do,” she concluded.