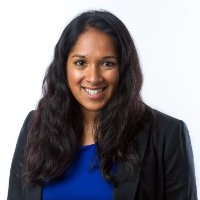 Washington, Feb 12 (IANS) An Indian American danseuse has been nominated for 2016 US Presidential Scholars in the Arts, one of the nation’s highest honors for high school students.

Pavithra Nagarajan from California is one of the 60 candidates nominated recently by the National YoungArts Foundation in the US in the discipline of Indian classical dance, said an official statement.

“YoungArts is thrilled to nominate these outstanding YoungArts Winners for this year’s US Presidential Scholars in the Arts, as they have all gone above and beyond to become leaders in their schools and communities,” Lisa Leone, vice president of Artistic Programmes for YoungArts, was quoted as saying.

The candidates will be reviewed by the White House Commission on Presidential Scholars, and will select 20 high school seniors to be recognised as US Presidential Scholars in the Arts for their academic and artistic accomplishments, leadership responsibilities, community service and outreach initiatives, and overall creativity.

The semifinalists candidates will be announced by mid-April and winners will be named by early May. The art scholars will join the 141 other Presidential Scholars for the national recognition program in Washington, DC.