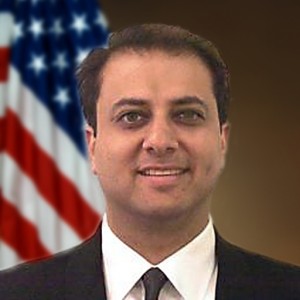 Washington, April 12 (IANS) New York’s Indian-American prosecutor Preet Bharara, who is known in India for his dogged prosecution of Indian diplomat Devyani Khobragade, has now taken on the state’s Governor Andrew M. Cuomo over his decision to shutter an anti-corruption commission as part of a deal with legislators for an ethics package.

Cuomo created the panel “with great fanfare,” shuttered it “unceremoniously”, said Bharara in a radio interview as cited by
Newsday, and “thinking people wonder why that happened and want to get to the bottom of it.”

“I think in the letter I sent to the commission I said there was an appearance that cases were bargained away in exchange for a political deal,” said the attorney who hit the headlines in India over the way he pursued the prosecution of Indian diplomat Devyani Khobragade.

Bharara, an appointee of President Barack Obama, indicated he was troubled by reports of interference in the commission’s actions.
“I don’t know what the facts are,” Bharara was quoted as saying on WNYC’s “The Brian Lehrer Show” Thursday.

“What I can tell you is that it’s impossible to overstate the importance of independence on the part of any investigative body.”

Bharara, Newsday said, wouldn’t rule out investigating whether Cuomo or his aides improperly intervened in activities undertaken by the recently shuttered anti-corruption commission.

Asked several times by Lehrer if he could rule out investigating Cuomo’s office, the prosecutor said: “I’m not going to prejudge what we’ll be looking at.”

Meanwhile, the governor downplayed criticism of his decision to shutter the commission saying “It was created to spur the legislation.”

“I said repeatedly when the legislation was passed the commission would be disbanded,” he was quoted him as saying by Newsday at a Rochester news conference at about the same time Bharara was on the radio.

In exchange, the governor terminated the commission that was originally slated to work through the end of this year.

According to Newsday Bharara’s investigations of state legislators helped spark, in part,the creation of the commission last year.

In letters to the commission, Bharara asked it to “preserve all documents that may be under your control” — including emails.

“We’re going to look at the documents,” Bharara was quoted as saying in an interview. “We’re going to see what the facts are, and if there are questions that are appropriate to ask . . . my office will ask those questions.”

World Bank for focus on world's poorest topped by India