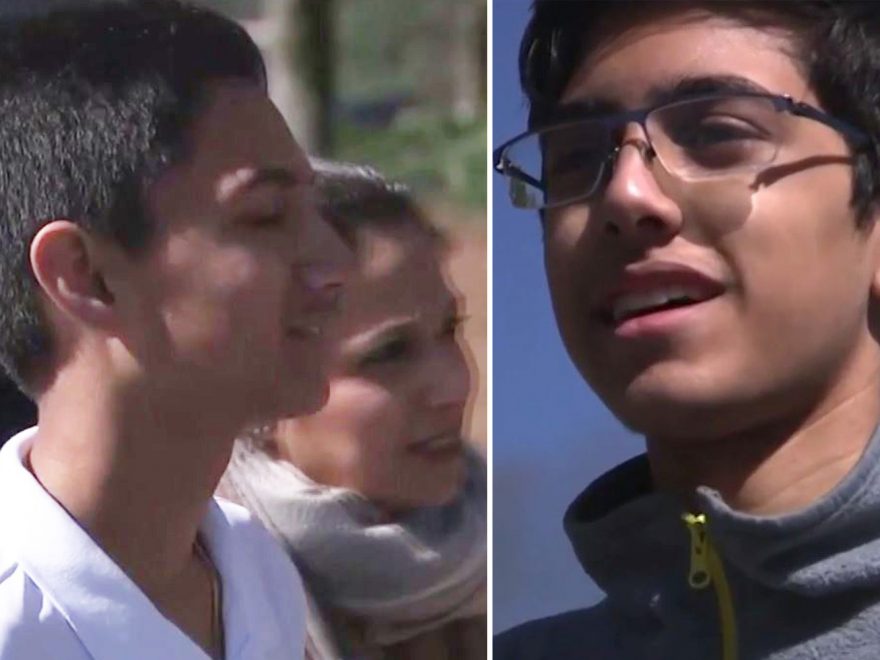 Atlanta, GA, March 26, 2019: Two Indian-American teens who were traveling from Atlanta to Manila, were forced to get off their Delta partner flight, Korean Air, after a dispute over one of the boys’ severe peanut allergies, reports Channel 2 Action News.

Rakesh Patel’s 15 and 16-year-old sons were traveling by themselves on Delta and its partner airline to visit him in Manila, where he is temporarily based.

The Patel family told Channel 2 they informed Delta Airlines ahead of time about the allergy.  Delta made sure that no peanuts were served in the first leg of the flight, from Atlanta to Seoul.

The problem arose on the second leg of their flight, from Seoul to Manila on Delta partner Korean Air. The boys’ mother told No Nut Traveler that her son had explained to the gate agent that he had a severe peanut and tree nuts allergy, which can be triggered if people are eating nuts around him.

The boy requested the airline to board the plane early so that he could clean his seat. He also asked the airline not to serve nuts, and to request the other passengers not to eat nuts.

The boys reportedly boarded early and had already settled down when the flight attendant told them the airline would be serving peanuts.

The boys tried to make the crew understand that serving peanuts around him could put his life at risk because he could go into anaphylactic shock.

The boys were given only two options; to either stay on the plane while they serve peanuts to other passengers or get off the flight.

The boys tried to provide different options like wearing a mask, or not serving it around them or moving them to an empty section of the plane. But Korean Air told them they had to get off the plane.

They were then allegedly grabbed by the crew, and physically removed from the plane.

The boys then returned to Atlanta.

The boys’ father said he filed a complaint with the airline and asked for a refund.

In a statement, Delta apologized to the Patel family for the ordeal. “Delta and our partner Korean Air are communicating with the family and examining the processes surrounding this incident; we will use our findings in our work to create a consistent experience for customers flying Delta and our partner airlines,” the statement said.

Malaika, Arjun set to tie the knot on April 19?