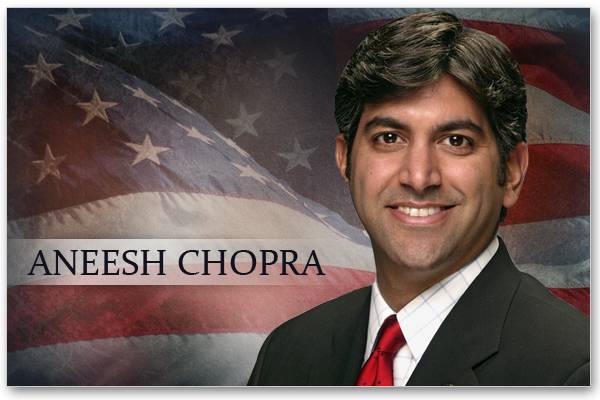 During his tenure, Chopra’s role involved making government data more accessible. It’s a mission he has continued after his departure, according to the Washington Post.

After leaving the White House, he has founded Arlington-based start-up Hunch Analytics, assembling a band of public officials, tech entrepreneurs and think-tank analysts whose focus is firmly on the labour market. “With today’s technologies, we can do a lot more to build open data sets for skills,” Chopra was quoted as saying.

One of Chopra’s pilot efforts using data to tackle unemployment was a job portal for veterans called Veterans Talent, created last autumn. The site scraped data from Monster and LinkedIn and mapped the locations of unemployed veterans to geographic regions that had veteran-friendly job openings.

The project was intended as a proof-of-concept, but it taught the group about the importance of open data, said Leighanne Levensaler, senior vice president of products at Workday, a human resources software company that was involved in the project.

The closest thing to a standard national database is the Labor Department’s Occupational Information Network Web site, known as O*Net.

Built in the 1990s, the site compiles data on more than 900 occupations, with details about job skills, average compensation and a search tool to find jobs by state.

But although the site is continually updated, it has been slow to keep pace with the changing job market, according to Chopra and Levensaler.

Chopra convened a roundtable of government officials, academics and private-sector executives last month to discuss measures to improve O*Net, according to the Post.

Workday and LinkedIn are among the companies interested in the effort – which is still at a conceptual stage, Chopra said.

Last year, LinkedIn worked with the City of New York on a programme led by the mayor’s office to train and hire New Yorkers for technology jobs. The plan served as a model for the president’s initiative.

“No one company, no matter how amazing they are, has the capacity to get every employer in America to open up their skills data for every job posting,” Chopra was quoted as saying.

“The government has the capacity to convene stakeholders to open up the data.”