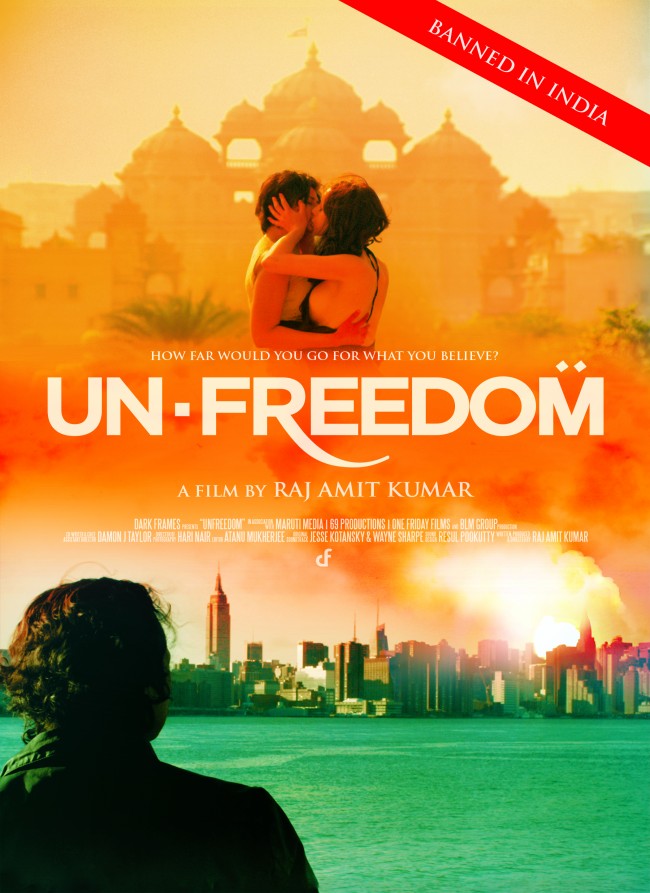 “Do filmmakers make films to give away messages,” asked Kumar during an interview with IANS. He is currently engaged in a court battle for the release of his film, banned in India for its controversial portrayal of religious fundamentalism and intolerance through two parallel stories.

Shifting between New York and New Delhi, one tale follows a Muslim terrorist who kidnaps a liberal Muslim scholar to silence him.

The other charts the travails of a young Hindu woman who resists an arranged marriage because she is secretly in love with another woman.

“The Indian censors said that my film has no message and hence it should not be certified. If I have to give messages, I will use cell phone, email, letters or Facebook,” the director said.

“As far as I understand it, we create a certain experience and it is up to the audiences to find meanings in it,” Kumar said, adding: “And, yes, we create a film experience hoping certain key thoughts and ideas are expressed through that experience.”

“Like you are questioning, I am hoping audiences will also question why these two narratives are together and what they should make of relationships in two parallel narratives,” Kumar said.

“Unfreedom” opens in US theatres on May 29. Simultaneously, Kumar is launching a crowd-funding campaign to finance a release in India via alternative methods.

Kumar also does not agree that juxtaposing religious fundamentalism with social intolerance is akin to comparing apples and oranges.

“Apples and oranges? Religious fundamentalism is social intolerance. I don’t think I need to explain that. Look around you.”

Asked if he had tried to balance Islamic fundamentalism with Hindu fundamentalism, Kumar said: “I am not a politician who has to play a balancing act to win votes.”

“I am also not a filmmaker who wants to play a balancing act to win audience. I am saying through my film what needs to be said, and that is why they can’t digest it.”

“They are shocked by the fact how and why someone can make a film like this and how someone can have the courage to show them the mirror,” Kumar said.

On depiction of nudity and religious symbolism in his portrayal of a lesbian relationship, Kumar asked: “I deal with questions of sexuality and I should stay away from depicting sex?

“I deal with relationship of religion and sexuality but I should stay away from depicting that symbolism? What world are we living in? Should we stop making films?

“Is Indian censorship telling us that through their method of censorship they have taught Indian filmmakers how to depict better than other countries?

“Or is it the other way around, where the censor board and its nonsense has come in the way of Indian filmmakers,” Kumar said.

“Absurdity and hypocrisy have no limits,” he quipped when asked about the Film Certification Appellate Tribunal’s feeling that because of his film, communal passions will be ignited to disrupt public order.

He blamed “those who ignited communal passions on streets of India and ignited riots throughout the country and turned a secular nation to a highly volatile state with religious tensions”.

That they “are today trying to say that a film will ignite communal passions and people will kill each other because they watch my film is bullshit of the fundamentalist order”.

On the change of the film’s title from its original “Blemished Light: Faces of Unfreedom”, Kumar said: “The word ‘Unfreedom’ was always central to the film, and I felt it even more after censor’s decision. As a title, ‘Unfreedom’ is also easier to communicate.”

Asked why he did not agree to the cuts suggested by the censors given that “NH10” on the theme of honour killing was passed by them, he said: “I don’t agree to cuts and in my opinion no filmmaker should. I am making the film, and not the censor board.”