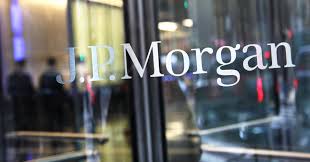 New York, Aug 26 (IANS) A young Silicon Valley investment banker of Indian descent and two of his friends have been charged with insider trading in a scheme that allegedly netted them more than $600,000, Assistant Attorney General Leslie Caldwell announced Tuesday.

Aggarwal, 27, who worked in the JP Morgan San Francisco office, allegedly got inside information about upcoming mergers and acquisitions which he shared them with his friend Shahriyar Bolandian, 26. He in turn relayed them to another friend, and Kevan Sadigh, 28, the FBI said in a press release.

Their $600,000-profit apparently didn’t finance luxuries. The FBI said they allegedly used the profits to pay off liabilities and cover the trading losses of Bolandian and Sadigh.

Aggarwal is the latest person of Indian origin to face insider trading charges in the US. Rajat Gupta, a former CEO of the consultancy company, McKinsey, is the best known of them and was convicted in 2012 for insider trading with Raj Rajaratnam, a hedge fund operator of Sri Lankan origin. Anil Kumar, a former McKinsey employee, pleaded guilty in the samw case.

In April this year, Amit Kanodia, a private equity investor, and Iftikar Ahmed, a general partner at a venture capital firm, were charged with insider trading.