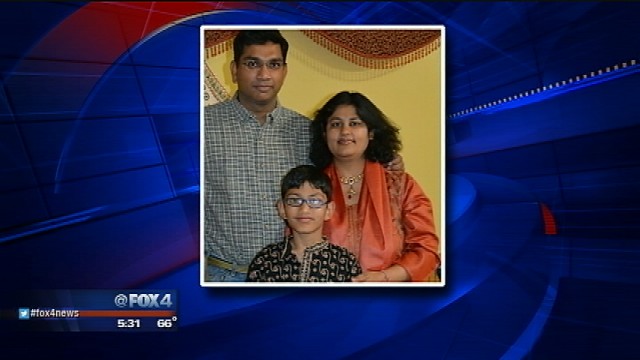 Atlanta, GA: Several signs of forced entry were reported at the Frisco home of Pallavi and Sumeet Dhawan the day they were found dead on September 3, according to a search warrant, reports WFAA TV.

A 911 caller told dispatch a body was found floating face up inside a pool in the backyard of the home, and advised that it appeared someone had had forced entry into the backdoor of the home, according to the affidavit.

Officers who arrived at the scene found the body of Pallavi Dhawan floating in the family’s pool and the body of her husband, Sumeet, on a bed inside a first-floor bedroom. The police noted signs of force entry into the bedroom, reports WFAA. Police have said they found no evidence of forced entry into the home, according to Dallas News.

A note and pills were reportedly seen next to Sumeet’s body in the bedroom, although police did not say what the note said.

Police seized dozens of items from the home, including over-the-counter and prescription drugs, blue fluid from a drinking glass, a hammer, rolling pins, several items of clothing and electronics, according to various media reporrts.

Readers will recall that Pallavi Dhawan was charged with first-degree murder in the death of her son Arnav, whose body was found decomposing in a bathtub. His mother had placed him in plastic bags with ice around him. The family said her actions were to preserve his body until his father came home from out of town.‎