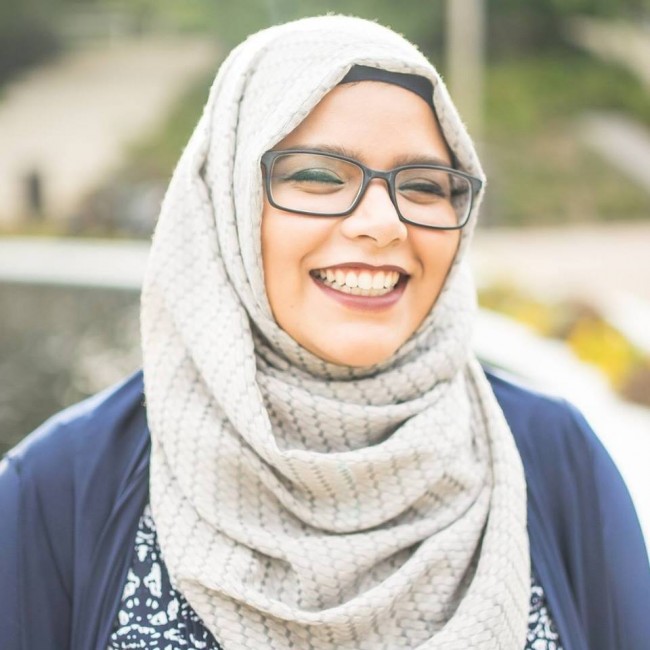 BY VEENA RAO
(With inputs from IANS)

Atlanta, GA, May 23, 2018: Aisha Yaqoob, a woman of color, Muslim, activist and the daughter of Pakistani immigrants, defeated Wayne Slear (71.16% to 28.84%) in the Georgia House of Representatives District 97 Democratic primary election on Tuesday. She will face the winner of the June 24 run-off between Republicans Bonnie Rich and Kipper Tabb.

Dr Indran Indrakrishnan, noted gastroenterologist and Emory professor, lost to Rich and Tabb in the crowded Republican primary, that had a total of six contenders.  The House seat is being vacated by retiring Republican State Rep. Brooks Coleman.

Aisha is a professional advocate for immigrant rights at the state Capitol, working with legislators on both sides of the aisle to push for civil rights for immigrants and people of color. As policy director for a nonprofit legal and advocacy center, Aisha monitors local, state, and federal policies that affect immigrants and works to fight for their rights.

Aisha moved to Gwinnett County at the age of 6 from south Florida. Since then she has lived in the Collin Hills area, Suwanee and now Duluth. Aisha is the middle of five children.

Growing up in Georgia, she graduated with honors from North Gwinnett High School and earned the HOPE Scholarship to attend the University of Georgia where she earned her Bachelors of Arts in Journalism in 2013, and a Masters of Public Administration & Policy in 2016.

Aisha is actively involved in her community. She was a co-organizer of Atlanta March for Social Justice & Women (January 2017), which saw an estimated 60,000 people peacefully march in downtown Atlanta.

She will face a Republican candidate in the high-stakes mid-term contest in November. If elected in the deeply conservative state, Abrams would become the first woman and the first person from an ethnic minority to lead the southern state.

Both the 2016 Democratic presidential candidate Hillary Clinton and her major primary rival Bernie Sanders endorsed Abrams in the primary. Clinton recorded a robocall for her the day before the election, said a USA Today report.

She also reportedly raised about two-thirds of her campaign funds from outside the state. National groups chipped in another $2 million worth of ads supporting her.

Georgia has never elected a woman governor. It has elected Republican governors since 2003 and President Donald Trump won the state with just over 50 per cent of the vote.

Please note, that though she is a Muslim, and an activist at that, she conceals her religious identity on her campaign literature. And also note, the to be a “person of color”, a person must be of a color other than the light beige of Caucasians. From the photo accompanying the article, it is plain to see that she is not a woman “of color”, she’s obviously a White woman.