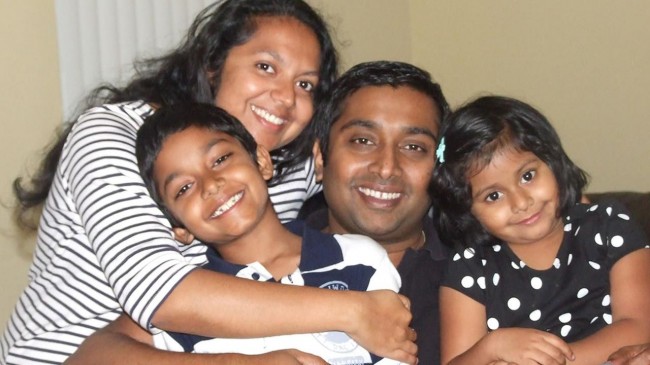 Atlanta, GA, April 13, 2018:  The body of an adult female was found seven miles north of the reported site where a Southern California family’s van plunged into Eel river last week while they were on a road trip from Portland to the Bay Area. The Thottapilly family vanished while driving from Oregon to San Jose. The four have been identified as 42-year-old Sandeep, 38-year-old Soumya, 12-year-old Siddhanty and 9-year-old Saachi.

Witnesses saw a vehicle go off an embankment and into the raging Eel River days ago.

“On 04-13-2018 at approximately 10:45 AM searchers located the deceased body of an adult female approximately 7 miles north of the reported crash site (Eel River flows in a northern direction). The body was found on exposed terrain which appeared to have covered by the Eel River within the last few days as a result of a recent weather storm which brought heavy rain to the area,” said a press release issued by the Mendocino Sheriff’s office.

Identification of the body is pending at this time and an autopsy is anticipated to be conducted on April 17.

Searchers are continuing to search for the missing family members and their vehicle which is believed to still be submerged somewhere in the Eel River.

Article 370 scrapped: How the state of Jammu & Kashmir will cease to exist