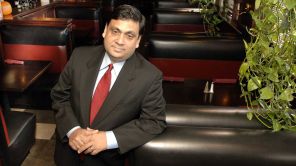 Harendra Singh, 56, was arrested on Wednesday for running his businesses “through fraud and deceit, using bribes and kickbacks to tilt the playing field in the town of Oyster Bay,” the US attorney’s office said in a statement.

The charges brought against the Indian-origin businessman include federal programme bribery, fraud conspiracy, disaster relief fraud, conspiracy to defraud the US government, obstruction of justice and tampering with evidence, according to the federal indictment.

“The charges alleged in today’s (Wednesday’s) indictment describe an outpouring of greed. As alleged, Singh put local business owners at a significant disadvantage, siphoned funds from public money he was not entitled to, and sidestepped his responsibility to pay taxes on underreported income,” FBI Assistant Director-in-Charge Diego Rodriguez was quoted as saying.

Singh owned and operated his restaurant and food business in New York state’s Nassau county and was awarded agreements with the town of Oyster Bay.

The indictment charged Singh of paying bribes and kickbacks to a town official in exchange for his assistance in obtaining the town’s guarantee of two loans worth about $20 million.

As a result, were Singh’s entities to default on the loans, the town would be responsible for repaying the lender the entire amount of the loan.

The indictment also alleged that Singh fraudulently under-reported to the Internal Revenue Service the true amount of money certain of his entities earned and the wages he paid his workers, “thereby lowering significantly the federal taxes he and his businesses owed and paid”.

If convicted, Singh faces imprisonment and his properties can be forfeited.