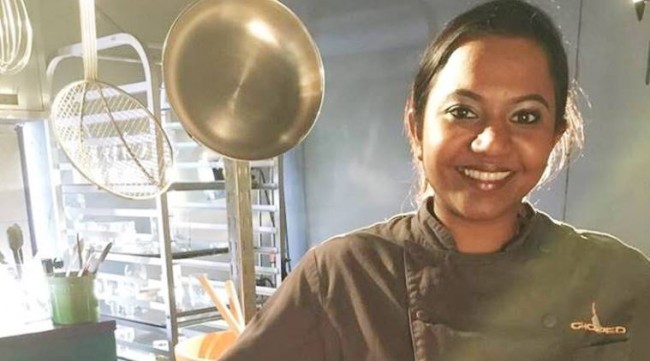 She was announced the winner during the show’s episode that went on air on Tuesday on Food Network.

Reacting to her victory, Sampath said in a statement: “Firstly, I feel relieved. It was one of the toughest things I have done in my life. Cooking a dish in 20 minutes and then being subject to criticism is not easy.”

“I feel accomplished and I am so excited for this new journey I am going to start. I feel like I am one step closer to my goal of inspiring women in India and across the globe.”

Sampath’s foray into the culinary world began with an exploration of flavours found in the diverse kitchens of Mumbai and eventually led to her current position as Chef De Cuisine at Junoon.