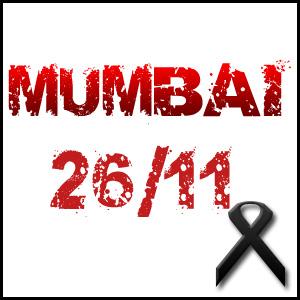 Washington, Nov 19 (IANS) The 26/11 Mumbai terror attack was intended to change dramatically the future of South Asia, perhaps even by provoking a war between rising nuclear powers India and Pakistan, according to a top counter-terrorism expert.

Bruce Riedel, a former Central Intelligence Agency (CIA) analyst, who has advised four US presidents on South Asian issues, says he had pointed this out to then President-elect Barack Obama and his transition team at the time in several briefings. Pakistan-based Lashkar-e-Taeba group (LeT) had carefully chosen the targets and meticulously researched them over several years, he wrote in The Daily Beast, an American news reporting and opinion website

“They received considerable assistance in doing so from two sources-the Pakistani intelligence service, called the Inter-Services Intelligence Directorate or ISI, and Al Qaeda.”

“Each had its own agenda for the operation. But the targets were the same – Indians, Americans, and Jews – the targets of the global jihad started by Al Qaeda in the late 1990s,” Riedel wrote.

Describing the November 2008 attack as “the most important terror attack since 9/11” he pointed out that the “10 terrorists’ tactics have been copied by others since – for example, just weeks ago in Nairobi.”

But “perhaps the most shocking element of the Mumbai attack was the role played by David Coleman Headley, an American citizen of Pakistani descent, in the intelligence collection that preceded the attack,” Riedel wrote.

Born Daood Sayed Gilani in Washington, DC, in 1960, Headley changed his name at the behest of LeT to hide his Pakistani identity when travelling abroad. In his guilty confession, Headley, Riedel noted, acknowledged “the raid also was planned with active ISI involvement at every stage. At each of his meetings in Pakistan, he said he met with ISI officers as well as the LeT terror leaders.”

“Sometimes the ISI gave him particular assignments separate from what the LeT asked; for example, tasking him with taking photos of an Indian nuclear facility near Mumbai,” Riedel said.

Yet “the Pakistani mastermind of the Mumbai plot, LeT leader Hafiz Saeed, remains free in Pakistan, where he continues to be a darling of the ISI and regularly calls for more attacks on India and America,” Riedel wrote noting “Five years after Mumbai, justice has yet to be served.”