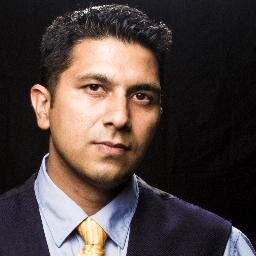 Washington, Feb 24 (IANS) As many as 10 Indian-Americans are eyeing high political office from governor to attorney general to membership of the House of Representatives in the November 2014 Congressional and state elections.

With two Indian-Americans, Bobby Jindal and Nikky Haley, already holding the governor’s jobs in Louisiana and South Carolina respectively, a third one, Neel Kashkari, a former top treasury department official, has entered the fray in California.

Another Indian-American, Kamala Harris is seeking re-election for attorney general in California, America’s largest state in terms of population which is home to thousands of Indian-American techies.

Ami Bera, the only Indian-American Congressman and the third ever, is seeking re-election from the Seventh Congressional District of California, while Ro Khanna, a former top Obama administration official, is challenging sitting Democrat Mike Honda in the 17th District.

An associate professor at Stanford University’s School of Medicine, she has entered the fray from the Republican Party.

After losing twice, Democrat Manan Trivedi plans to run for the House of Representatives for the third time in Pennsylvania.

He is the son of the Wisconsin Sikh Temple (gurdwara) president Satwant Kaleka, one of the six victims of the August 2012 Oak Creek gurdwara shootout.

Swati Dandekar, the first Indian-American to be elected to Iowa House of Representatives in 2002, is now seeking to enter the US Congress.

Indian-American Manju Goel is seeking election on a Republican ticket from the Eighth Congressional District of Illinois.