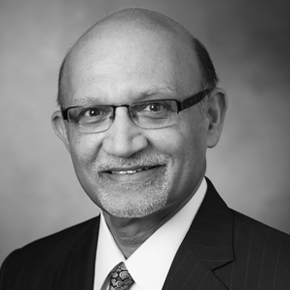 Washington, Oct 5 (IANS) US President Barack Obama has named yet another Indian American, Kerala University physics graduate Arun M. Kumar, to lead the trade promotion arm of the US Commerce Department charged with helping US companies succeed in markets around the world.

Kumar, who has been nominated Assistant Secretary and Director General of the US and Foreign Commercial Service, International Trade Administration, Department of Commerce, would on Senate confirmation succeed another Indian American, Secunderabad-born Suresh Kumar.

Nominating Kumar with four other individuals to key administration posts, Obama said: “The extraordinary dedication these men and women bring to their new roles will greatly serve the American people.

“I am grateful they have agreed to serve in this administration and I look forward to working with them in the months and years to come.”

According to the White House, Kumar who received a BSc in Physics from the University of Kerala, India, went on to get an S.M. in Management from the Sloan School of Management, Massachusetts Institute of Technology.

Kumar was a partner and member of the Board of Directors at KPMG LLP. From 2005 until his retirement in September 2013, Kumar led the firm’s West Coast Finance Management Consulting practice.

From 1980 to 1984, he was the controller of Elxsi Inc and from 1984 to 1988 co-founder, CFO, and Vice President of Operations for Cydrome, Inc, a minisupercomputer company.

At over two dozen, Obama administration boasts of having the highest number of Indian Americans in key jobs than any previous administrations in US.