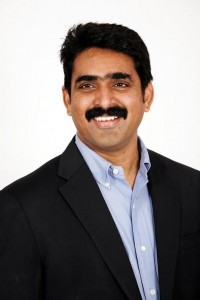 Atlanta, GA: The Atlanta based YuppTV, a world leader in delivering over-the-top (OTT) South Asian Content, live TV, video on demand, and on-demand Movie Solutions, announced that it has won the coveted Red Herring Top 100 North America Award. Red Herring annually honors the most promising private technology companies that are positioned to become market leaders within their respective sectors. YuppTV was selected from among hundreds of technology/life science companies inNorth Americaand the only company to be awarded in the entertainment & media sector.

The Red Herring Top 100 award is widely recognized as one of the industry’s more prestigious recognitions, with hundreds of candidates from each continent competing for a Top 100 spot. Since 1996, Red Herring 100 lists have been valued by technology industry executives, investors, and strategists as an instrument for discovering and advocating the most promising private ventures from around the world. Some of the previous notable winners include Google, Facebook, Twitter, Skype and eBay

As part of the rigorous three step vetting process, the Red Herring editorial team analyzes approximately 1,200 cutting edge companies, only awarding those organizations that not just meet – but surpass – their criteria for success.

“It is an honor to be recognized by Red Herring from among some of the best ventures in the industry.” said Udaynandan Reddy, CEO of YuppTV. “With continued focus on customer needs and end-user experience, innovation and technology to deliver live and video on demand content globally, we look forward to even greater success in the future.”

“In 2015, selecting the top achievers was by no means a small feat,” said Alex Vieux, publisher and CEO of Red Herring. “In fact, we had the toughest time in years because so many entrepreneurs had crossed significant milestones so early. But after much thought, rigorous contemplation and discussion, we narrowed our list down from hundreds of candidates from across North America to theNorth Americawinners. We believe YuppTV embodies the vision, drive and innovation that define a successful entrepreneurial venture. YuppTV should be proud of its accomplishment, as the competition was very strong.”

YuppTV’s selection for the award among key players in an intensely competitive industry was based on high scores achieved in levels of specialty, social contribution, international foot print, growth rate, technological advantage, team quality and experience as well as exemplary performance, on all other counts.