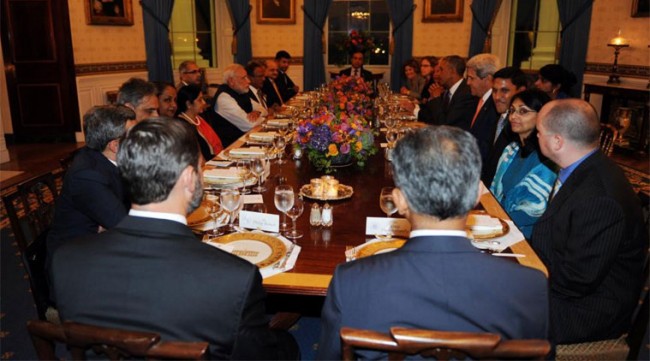 Washington, Sep 30 (IANS) Indian Prime Minister Narendra Modi said he had a “wonderful meeting” with US President Barack Obama at the White House and both share a vision for partnership in which both countries would work together for the benefit of the entire humankind.

In a Facebook post after his first meeting with Obama Monday night, the first time they were meeting, Modi said: “With President Barack Obama. We had a wonderful meeting and talked about a wide range of issues. Both President Obama and I share a vision for a partnership in which our nations work together for the benefit of the entire humankind.”

Earlier, Modi was greeted at the doorstep of the White House by Obama with “Kem Chho” – the Gujarati equivalent of “Hello, how are you”.

At the private dinner that Obama held for Modi, the two sides discussed opportunities of working together.

External Affairs Minister Sushma Swaraj was also greeted by Obama and other officials, including US Secretary of State John Kerry. Both smiled and laughed at a witty remark by the Indian minister. 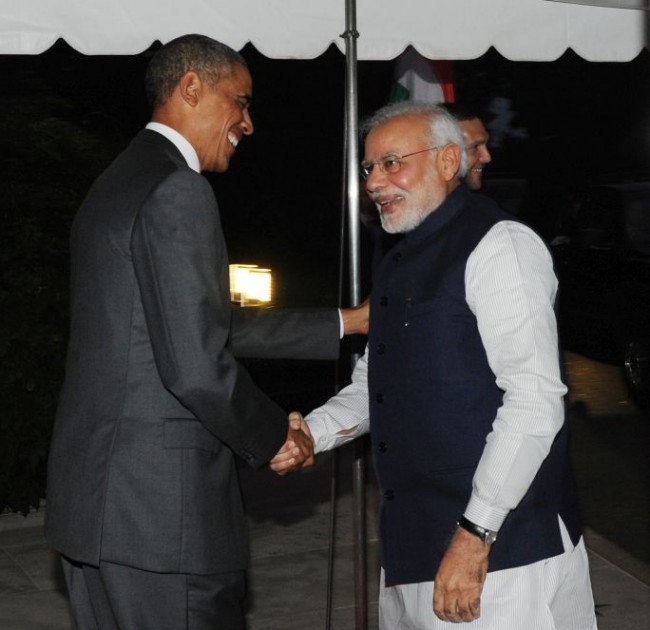 Knowing President Barack Obama’s admiration for Mahatma Gandhi and Martin Luther King Jr, Prime Minister Narendra Modi gifted him a copy of Gita by the Mahatma and some memorabilia associated with the American civil rights leader.

Modi also presented Obama with a special reprint of Gandhi’s interpretation of the Gita. 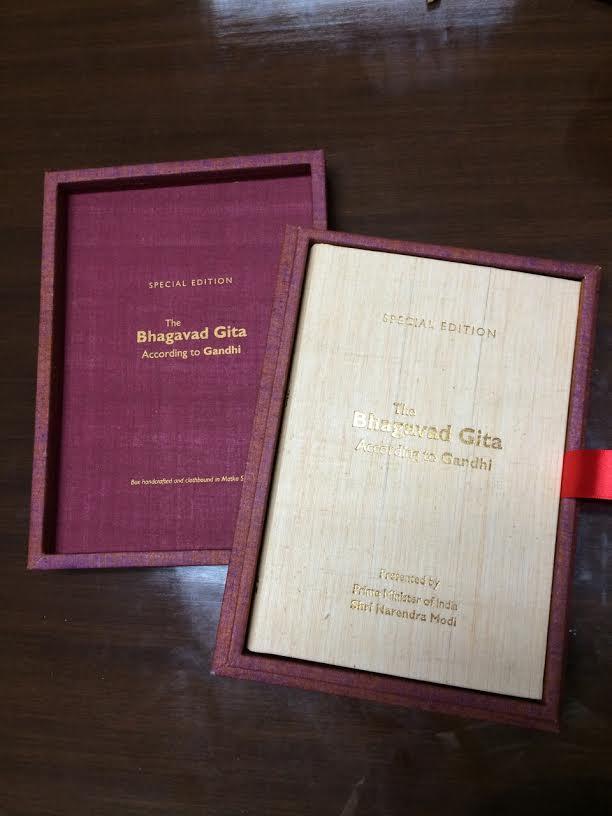 The US president keeps a statue of the Indian freedom leader in his office.

Keeping Obama’s great regard for Martin Luther King Jr. in mind, Modi brought an All India Radio recording of King’s speech in India in 1958. There is also a framed photograph of King at Rajghat besides a small video clip from his 1959 visit to India.

These are Modi’s personal gifts to Obama, Akbaruddin said.

He has also brought some official gifts that would be given at the official bilateral meeting Tuesday. 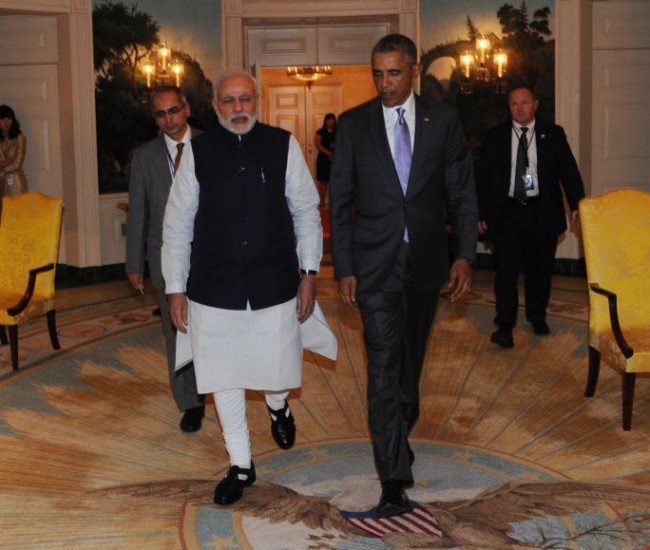 The White House released a vision statement for the US-India Strategic Partnership: “Chalein saath saath: Forward together we go”.

Modi, who is on a fast for the Hindu festival of Navratri, sipped warm water at the dinner hosted in his honour by Obama ahead of their formal bilateral summit Tuesday.

First Lady Michelle Obama gave the working meal a miss as the two delegations dined on halibut, avocados and basmati rice served with Shafer Chardonnay at the Blue Room.

Here is the official menu: