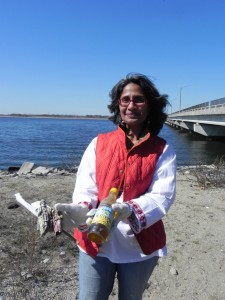 Washington, July 16 (IANS) The White House has chosen Indian-American Sunita Viswanath among 12 faith leaders who will be honoured as “Champion of Change” on July 20 for their continuous efforts towards climate change.

Viswanath, who has worked in women’s and human rights organisations for almost three decades, “is being honored for her work to encourage Hindus in protecting environment and communities from the effects of climate change,” the White House said in a statement.

Viswanath is co-founder and active board member of the 14-year old women’s human rights organisation Women for Afghan Women (WAW).

“Sunita is also co-founder and board member of Sadhana: Coalition of Progressive Hindus, living and building a Hinduism that prioritises social justice, and upholding the Hindu principles of ekatva (oneness), ahimsa (non-violence) and sadhana (faith in action).”

Born in Chennai, Viswanath is known as a fierce leader whose passion for women’s rights and faith-based activism has made her a beacon of hope for the people of New York City.

A central component of Sadhana is Project Prithvi, which is an environmental initiative.

As part of Project Prithvi, Sadhana is involved with cleaning up a beach in Jamaica Bay, Queens which is a place of worship for Hindus.

Sadhana has officially adopted this beach, conducts regular clean-ups, and also does outreach through Hindu temples to advocate that Hindus worship in environmentally conscious ways, said the interfaithcenter.org.

Viswanath was a 2011 recipient of the “Feminist Majority Foundation’s Global Women’s Rights Award” for her work with WAW.

She lives in Brooklyn in New York with her husband Stephan Shaw and their three sons — Gautama, Akash and Satya.