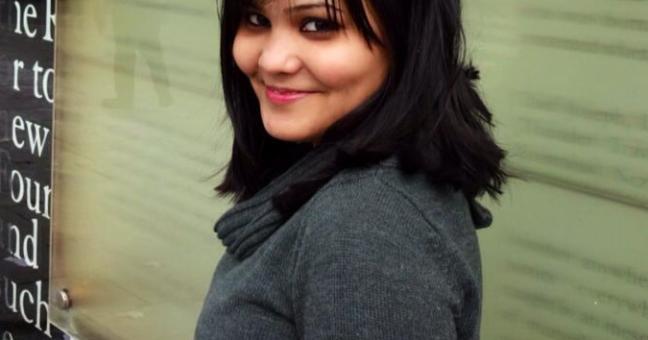 Washington, April 24 (IANS) An Indian computer science PhD student from Hyderabad underwent brain surgery to find what she jokingly called her “evil twin sister who’s been torturing me for the past 26 years” Doctors who performed brain surgery on Yamini Karanam, 26, in Los Angeles were shocked to find that instead of a tumor, she had an embryonic twin in her head, according to NBC.

Karanam, who was studying at Indiana University, was unaware of what was happening in her head until she underwent a procedure designed to reach deep into the brain to extract the tumor.

After waking up from the surgery, Karanam was surprised to learn of the “teratoma”-her embryonic twin, a rarity in modern medicine, complete with bone, hair and teeth.

“This is my second one, and I’ve probably taken out 7,000 or 8,000 brain tumors,” said Dr. Hrayr Shahinian at the Skullbase Institute in Los Angeles, who performed the operation.

It was only last September that Karanam realized something wasn’t registering in her mind as she was experiencing trouble comprehending things she read.

“Problems with reading comprehension, listening comprehension. If a couple people were talking in a room, I wouldn’t understand what was happening,” she was quoted as saying.

What became more frustrating for Karanam was that her doctors would contradict each other regarding the source of the problem, NBC said.

“The neurologist would say the neurosurgeon is not being practical in your case,” Karanam said.

“And the neurosurgeon would say the neurologist is not being optimistic in your case. And I’m like, could someone be educated about this?”

Her own research led her to Shahinian who has developed a minimally-invasive way of reaching deep into the brain to extract tumors.

“Unlike traditional brain surgery where you open the skull and use metal retractors and you bring a microscope to see in the depths of the brain, what we’re doing is keyhole surgery,” he was quoted as saying.

The method uses fiber-optic technology with digital imagery. A half-inch incision into the brain allows for an endoscope to reach in and slowly and very delicately chisel away at the tumor.

Shahinian said before he invented his technique, the only option to remove this type of tumor would have been surgery that included removing half of the skull.