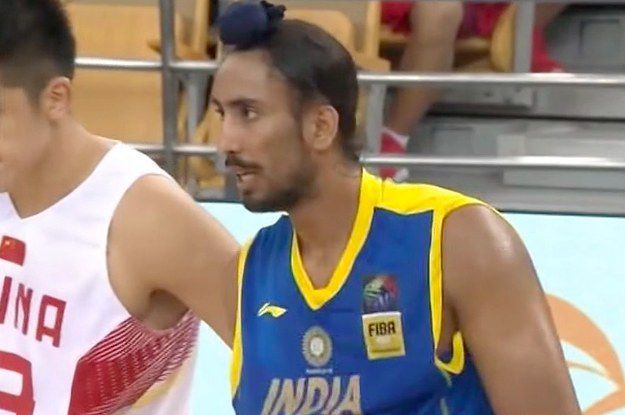 Washington, Sep 18 (IANS) Two US lawmakers and Sikh community bodies have expressed disappointment over International Basketball Federation’s (FIBA) decision to allow athletes to wear religious headgear, such as patkas, only as part of a “trial period”.

“We are deeply disappointed with FIBA. It shouldn’t take two years to make what should be a simple decision to eliminate a discriminatory practice,” lone Indian American Congressman Ami Bera and fellow Democrat Joe Crowley said in a statement.

“There is no evidence that turbans or religious headgear pose a threat to players, and it’s time for FIBA to do what the rest of the sporting world is doing and let Sikhs play,” they said.

“Rest assured, we will continue to closely monitor FIBA’s continued actions to ensure they ultimately make the right decision,” added Bera and Crowley, who is Democratic co-chair of the Congressional India Caucus.

FIBA has announced that while athletes would be allowed to wear religious headgear, for a “trial period”, players would still be banned from wearing such articles of faith in international matches.

FIBA also said it would wait until 2016 to make a permanent decision about religious accommodations.

Two major Sikh community organisations, the Sikh Coalition and the Sikh American Legal Defence and Education Fund (SALDEF) have said they would follow-up with FIBA to understand exactly how the new rules would apply to Sikhs.

The two organisations said they have already identified several major problems. For instance, since religious exceptions still cannot be granted for international matches, Sikh athletes may still be forced to remove their turbans for matches outside India.

The Sikh Coalition said it believed that FIBA’s religious headcovering ban must be lifted immediately and permanently for all matches — domestic and international — and that FIBA should stop using bureaucracy as a pretext for discriminating against religious minorities.

Last month, Bera, Crowley and several other US House members in a letter to FIBA president urged the organisation to update its policies to stop requiring Sikhs to remove their turbans during basketball games.

The letter followed an outcry over an incident involving two Sikh players who were told by referees that they must remove their turbans if they were to play in FIBA’s Asia Cup.