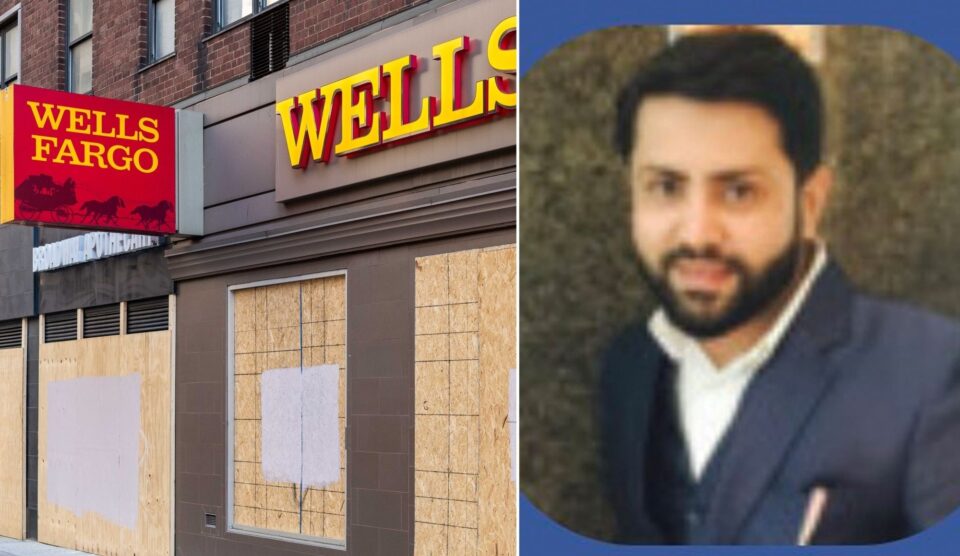 New Delhi, Jan 6 (IANS) Shankar Mishra, the man accused of urinating on an elderly female co-passenger onboard a New York-New Delhi flight in November last year, has been sacked by his employer Wells Fargo, an American multinational financial services company with corporate headquarters in San Francisco.

Mishra worked as the Vice President of the India chapter of the US-based firm.

“Wells Fargo holds employees to the highest standards of professional and personal behavior and we find these allegations deeply disturbing. This individual has been terminated from Wells Fargo. We are cooperating with the law enforcement agencies and ask that any additional inquiries be directed to them,” the company said in a statement issued on Friday.

The elderly female passenger on whom Mishra allegedly urinated had told the crew to get him arrested by the airport police and not to bring him near her.

“I told them (crew members) that I wanted the man arrested immediately by the airport police. They asked me if I would like to talk to the ground staff and I told them that I most certainly would,” the co-passenger said in the FIR.

The incident occurred on November 26, 2022 and the FIR was lodged at the Indira Gandhi Airport police station on January 4.

“My clothes, shoes and bag were soaked in urine. The bag contained my passport, travel documents and currency. The flight staff refused to touch them, sprayed my bag and shoes with disinfectant, and took me to the bathroom and gave me a set of airline pajamas and socks,” the victim stated in the FIR, while recalling the entire incident.

“The crew members also had discussions with the offender, who was sobering up by this time, and they came and told me that he wanted to apologize. I stated clearly that I did not want to interact with him or see his face, and that all I wanted was for him to be arrested on arrival. However, the crew brought the offender before me against my wishes, and we were made to sit opposite each other in the crew seats,” she said.

“I was stunned when he started crying and profusely apologizing to me, begging me not to lodge a complaint against him…I told him that his actions were inexcusable, but in the face of his pleading and begging in front of me, and my own shock and trauma, I found it difficult to insist on his arrest or to press charges against him,” she said in the FIR.

“The crew did not show good judgment about how much alcohol to serve a passenger and the crew was not proactive in managing a very sensitive and traumatic situation. I had to advocate for myself throughout, waiting for long periods of time to get a response,” the woman stated in the FIR.

Meanwhile, two teams of Delhi Police are on the lookout for Mishra, who is continuously changing his location to evade arrest. Delhi Police police teams have carried out raids in Mumbai and Bengaluru, where they questioned various persons, including the relatives of the accused.

“The police went to Mishra’s home in Mumbai, but he was not there. They have got clues and are trying to trace him,” said a source.

Delhi Police has booked Mishra under Sections 510 (misconduct in public by a drunken person), 509 (insulting the modesty of a woman), 294 (sings, recites or utters any obscene song, ballad or words, in or near any public place), and 354 (intending to outrage modesty) of the Indian Penal Code as well as a section of the Aircraft Rules Act in a case registered at the IGI airport police station.

Aviation experts said that any action now by the airline is too little, too late.

“Now that Delhi police has registered an FIR anything @DGCAIndia @airindiain do will be “Too little too late” a dumb move to keep under wraps after the passenger’s Nov’22 complain to no Less than #Mr N Chandrasekaran,Chairman of #AirIndia also #TataSons at whom the buck stops,” retired pilot, Captain Shakti Lumba said on his Twitter handle.

“Air India covering up the idiot who peed on board, reminds me of the wonderful Ad by Kooka. Protect the offender’s identity & ruin AI reputation!?” aviation safety consultant Mohan Ranganathan said in a tweet.

Aviation regulator DGCA also took a strong note of this and has said that the conduct of Air India was unprofessional and has led to a systemic failure in the case.

The DGCA has noted that the incident of passenger misbehavior with a female co-passenger was reported to it too late on January 4 while it took place on November 26.

On the other hand, Air India in its report to DGCA about the incident said that the female passenger initially requested that action be taken against the offender upon arrival, however subsequently rescinded her request after the two parties appeared to sort the matter out between them. As per sources, the airline in its report said that the cabin crew reported the incident to the Commander and logged it in the Voyage Report. As there was no further flare-up or confrontation, and respecting the perceived wishes of the female passenger, the crew elected not to summon law enforcement upon landing, the response said.