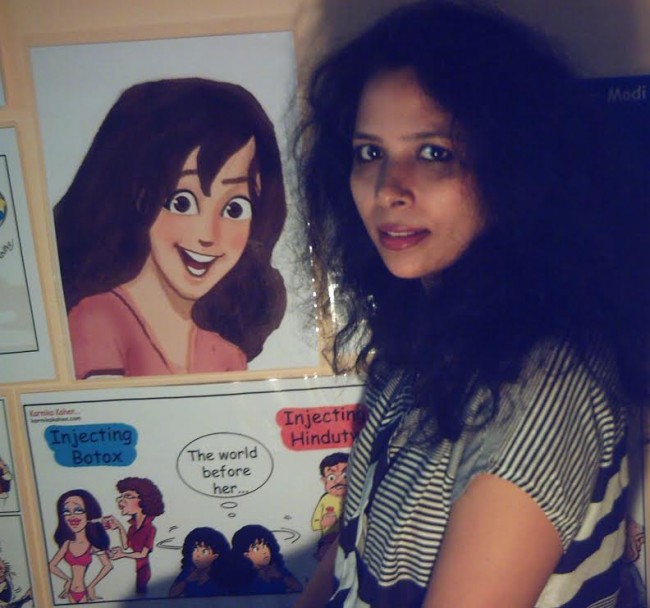 Atlanta, GA: Kanika Mishra, a Mumbai based cartoonist, will be a co-recipient of the Award for Courage in Editorial Cartooning for 2014 awarded by the US-based Cartoonists Rights Network International’s (CRNI). Palestinian cartoonist Majda Snaheen will be the other recipient of the prestigious award.

Each year CRNI gives this coveted award to a cartoonist in great danger who has demonstrated exceptional courage in the exercise of free speech rights under extraordinary circumstances.

Kanika Mishra was selected for her valor and exercise of free speech during a time of great peril. She received numerous threats from the followers of holy man Asaram Bapu, who were enraged at the humorous and focused cartoons she drew of his illegal sexual exploits.

When Kanika got word that popular cult leader Bapu had been accused of raping the 16-year old daughter of two of his followers, she reacted in the most powerful way she could. Four hours after hearing that there was a police manhunt for Bapu, Kanika tweeted and posted to her Facebook page a cartoon tweaking Bapu supporters’ blind faith in their guru.  Kanika followed her post with more cartoons, one of him being hauled off to jail.

Her anger and outrage became a reason for the birth of her cartoon series “Karnika Kahen”. 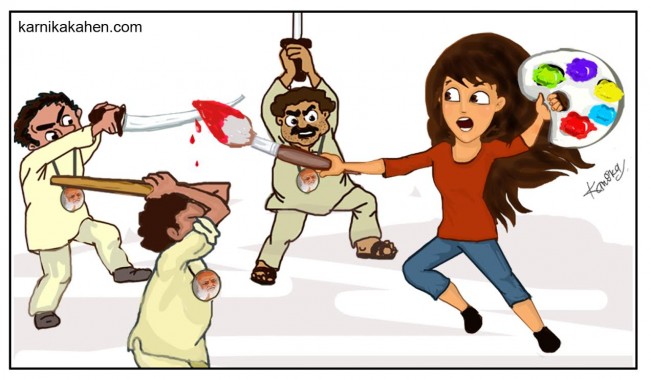 Reaction to Kanika’s cartoons was immediate. She soon began receiving requests for interviews from India Today andIndia’s most watched news channel, Aaj Tak. Following the media interest, a groundswell of new threats from Bapu’s supporters broke loose. Throughout the siege by Bapu’s supporters she continued to take on Bapu’s outrageous hypocrisy through her cartoons.

In an email exchange with NRI Pulse, Kanika said some of Bapu’s followers even threatened to kill her. “They said they would give me the same treatment which Nirbhaya faced.  They hacked my Facebook and email accounts and got some of my photographs and started distributing those here and there. I was very scared. For months, I didn’t come out of my home. I was so afraid that I was not able to sleep properly. But, I kept making cartoons on Asaram until his blind followers got tired and stopped threatening me. I filed a complaint at the Mumbai Cyber Crime Cell and the local police station. I got lots of support from people in all over the country and other cartoonists. It helped me to continue my fight against these blind followers,” she said. 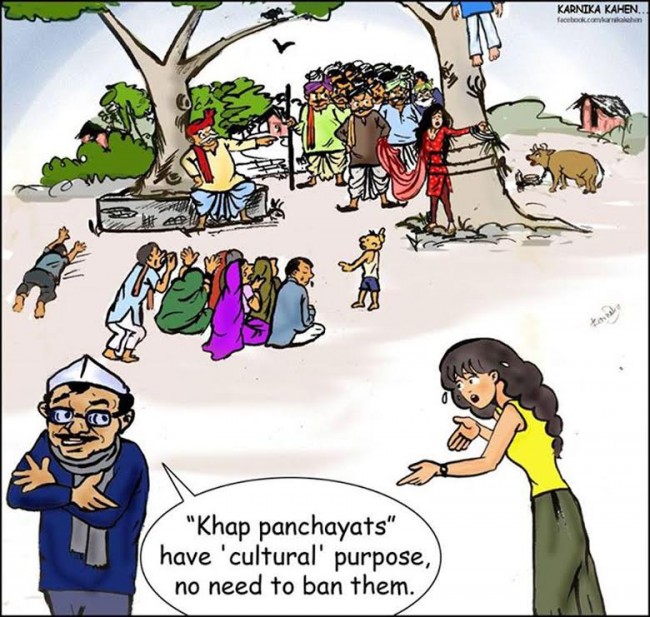 Kanika’s career started along with her studies ( BFA and  MFA from Lucknow College of Arts). She started working on a comic strip for children for the newspaper ‘Swatantra Bharat’. But her dream was to become a cartoonist. “I have not seen a single female cartoonist inIndiaand most of the cartoon characters represent the “Aam Aadmi”. I have never seen an “Aam Ladki” or “Aam Aurat” in the world of Indian cartoons.”

Eventually, after a stint in Delhi to learn animation, and jobs as a graphic designer at various media houses, she came to Mumbai after marriage, where she worked for Tinkle and Dimdima magazines and on the Tenali Raman series with Luis Fernandez. Kanika dreams of flying high in the world of cartoons. 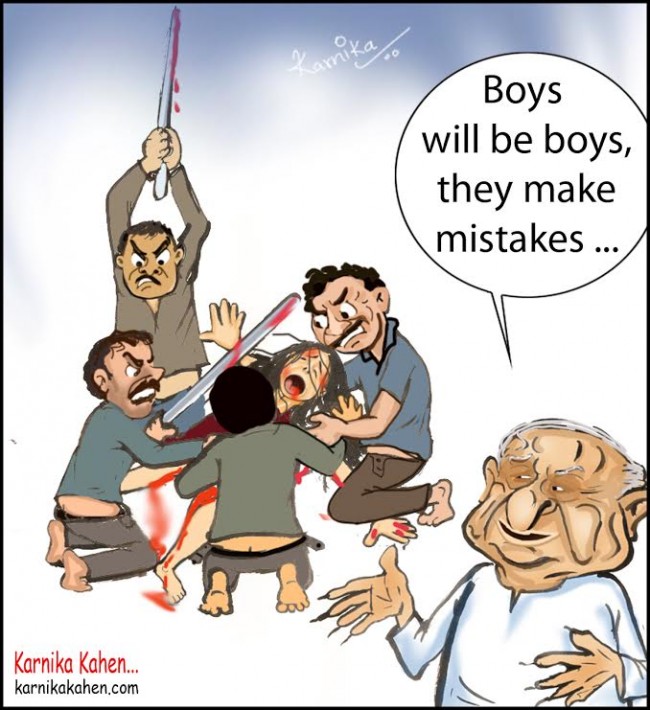 This year’s ceremony will take place on October 11th in San Francisco,California USA during the annual convention of the Association of American Editorial Cartoonists from the 9th to the 11th.