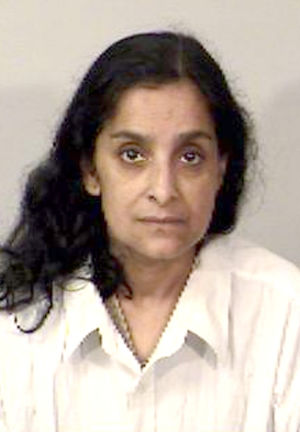 Washington, July 25 (IANS) A court in the US has indicted an Indian-origin doctor of illegally running a prescription racket that led to the death of one patient and harming the health of many others, media reported.

A grand jury in the federal court of Alexandria, Virginia, concluded that Nibedita Mohanty, 56, illegally prescribed medicines under the guise of treating chronic patient.

A former chief of medicine at Stafford Hospital, Virginia, Mohanty prescribed narcotic pills to patients who had been jailed for selling controlled substances and even to someone who, she was explicitly told, would sell the drugs to pay another patient’s bond, the Washington Post reported citing the indictment.

Despite being warned by another doctor about a patient who had painkiller addiction, she continued to prescribe OxyContin, Percocet and Dilaudid to that patient.

The patient was hospitalised with drug overdose but Mohanty discharged her and less than two weeks later, prescribed more painkillers, the Post report said. A day later, the patient died of oxydone overdose.

Mohanty, who served as hospital chief from June 2009 to February 2013, “rapidly and randomly increased the dosages” of patients’ drugs, and charged $250 in cash for each appointment.

She was arrested in May 2013 after an investigation by the Stafford County Sheriff’s Department, the Virginia State Police and the FBI.

Mohanty faces a minimum sentence of 20 years in prison and a maximum penalty of life imprisonment and a $10-million fine if she is convicted of the most serious charges.