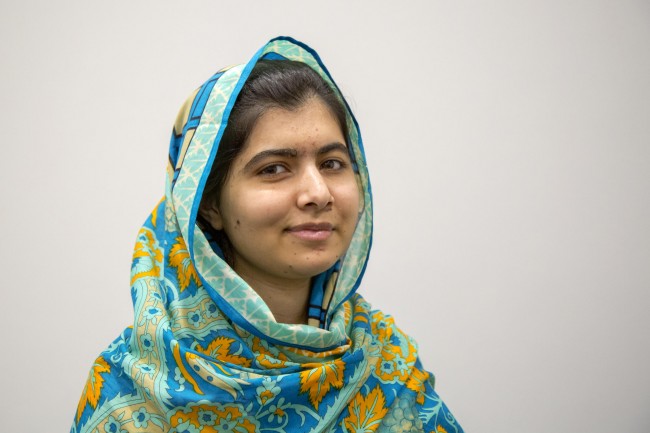 Islamabad, March 29 (IANS) Nobel peace laureate and young education activist Malala Yousafzai made a tearful return to Pakistan on Thursday in her first visit to her native country since she was shot in the head by the Taliban in 2012 for campaigning for female education.

Malala Yousafzai, 20, arrived at Islamabad’s Benazir Bhutto International Airport under tight security early morning accompanied by her parents and the CEO of the Malala Fund. She is here on a four-day visit, Dawn online reported.

In an emotional speech at the Prime Minister’s Office, where she held a meeting with Prime Minister Shahid Khaqan Abbasi earlier, the activist said it had been her dream to return “without any fear”.

“Always it has been my dream that I should go to Pakistan and there, in peace and without any fear, I can move on streets, I can meet people, I can talk to people,” Malala said in the televised address.

“It’s the happiest day of my life. I still can’t believe it’s happening,” she said, wiping away tears. I don’t normally cry … I’m still 20 years old but I’ve seen so many things in life.”

In October 2012, Malala Yousafzai — then 15 years old — was shot in the head at point-blank range by Taliban gunmen as she was returning from her school in Swat valley. She was later flown to London for medical treatment.

The Oxford University student has been living in the UK since then.

Malala spoke of the importance of education and about the efforts of her charitable foundation to help girls. She said that the Malala Fund invested $6 million for girls’ education in Pakistan.

“We need to invest in kids’ education. The Malala Fund is already working on this… I hope we can all join hands in this mission for the betterment of Pakistan, so that our future generation can receive the right education and women can become empowered, do jobs, stand on their own two feet and earn for themselves.

Speaking of Swat, Malala stated: “It is just like a paradise on Earth.” She said she “did not realise how beautiful Swat was” until she moved to the UK.

Abbasi, who also addressed the gathering after Malala Yousafzai, said he was happy that a “daughter of the nation has returned to her homeland”. He called her “the most famous personality of Pakistan”. “The world has given her respect, Pakistan will as well.”

The activist was also expected to meet Chief of Army Staff General Qamar Javed Bajwa later. She will also participate in the “Meet the Malala” programme during her stay.

In 2014, she became the youngest recipient of the Nobel Peace Prize at the age of 17. Last April, UN Secretary-General Antonio Guterres selected her to be a UN messenger of peace.