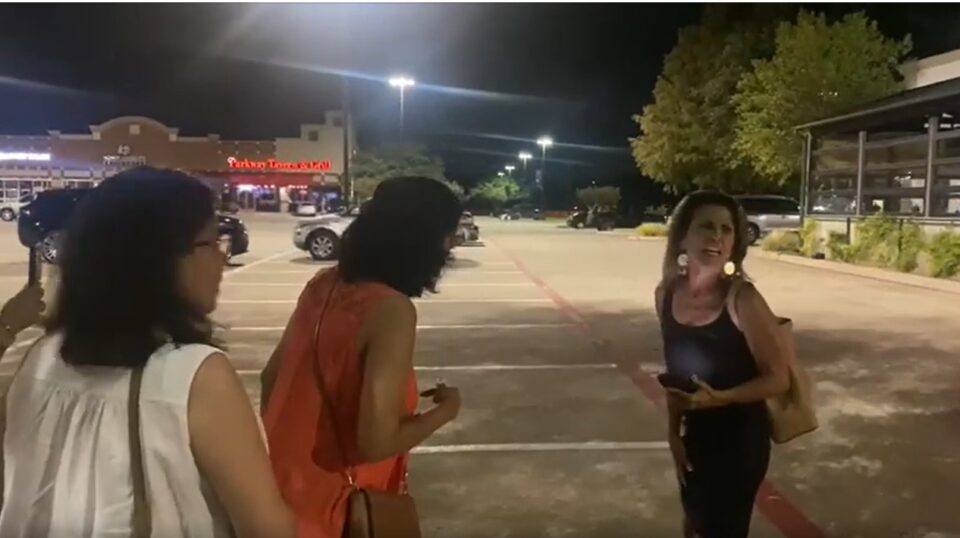 Dallas, TX, August 26, 2022: In what appears to be a racially motivated assault, a video which has now gone viral on social media, shows a Mexican-American woman in Plano, Texas assault and hurl racist slurs at four Indian American women in the parking lot of a restaurant on Wednesday night.

Plano Police Detectives later arrested Esmeralda Upton of Plano on one charge of assault bodily injury and one for terroristic threats and is being held on a $10,000 bond.

“Go back to India. You… people are ruining this country,” Upton can be seen telling the women before using other racial expletives, and at one point, physically attacking them.

The video, recorded by one of the victims, has sent shock waves among the Indian-American community across the United States.

“Four friends who were spending a nice evening in a free democratic country with rule of law were verbally abused using racial slurs and thereafter, threatened and body shamed by a complete stranger,” one of the victims posted on social media.

“We feared for our lives because she was extremely agitated and seemed totally out of control. We called cops who came in time and diffused the situation.”

“Racists and bigots have no place in my country, my America.”

“A lot of people are asking what triggered this behavior,” the victim later added. “The answer is ‘nothing’. We were talking amongst ourselves when she walked by and made a racially insinuating comment. And kept coming back to add additional insults as captured in the video.

From Jimmy Fallon to cricketers, why’s the world jiving to Kaala Chashma?