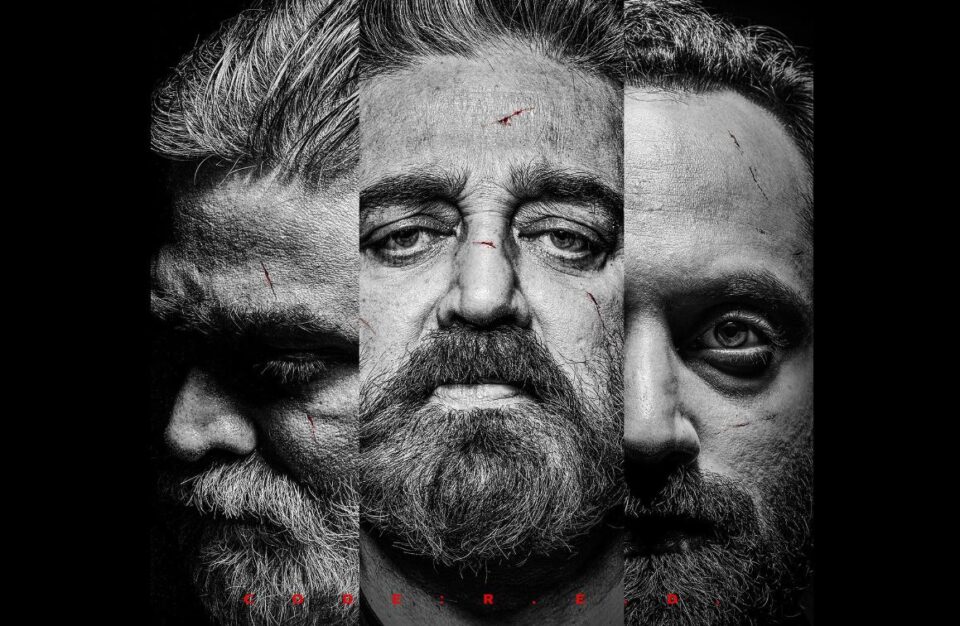 ‘Vikram’ is a reasonably good film that has a generous serving of action sequences and the unmistakable signature of director Lokesh Kanakaraj on it.

There have been situations earlier when directors, looking to please their lead actors, have ended up making films that are far from what they originally had in mind. But to his credit, Lokesh Kanakaraj seems to have held his nerve and more importantly, called the shots. The film leaves no one in doubt that he’s narrated the story the way he actually wanted to.

The story starts with a series of killings. A group of trained masked men, who claim to be fighting against the system, kill three people one after the other. The first of those killed is Prabhanjan (Kalidas Jayaram), a police officer actively involved in the seizure of a huge quantity of raw material required to prepare cocaine.

The next is a person identified as Stephen Raj (Hareesh Peradi) and the third is Karnan (Kamal Haasan), who is believed to be the adopted father of Prabhanjan.

The killings don’t look like stopping any time soon, leaving the police chief (Chemban Vinod Jose) worried. He chooses to bring in a specialised Black Ops team led by Amar (Fahadh Faasil) to track and eliminate the gang of masked murderers.

The Black Ops team begins its work. Of the three killings, the death of Karnan catches the attention of Amar as the other two are government servants.

He begins to carefully investigate the death of Karnan, eventually discovering that there is much more to what actually meets the eye. He figures out that Karnan had deliberately made himself appear like a womaniser, alcoholic and drug addict only to those around him to enable him to go after big fish without raising suspicions.

Eventually, he realises that Karnan is in fact Vikram and that he was going after Sandhanam (Vijay Sethupathi), a drug addict and a drug lord who has a huge family that includes three wives and an army of thugs.

Why is Vikram after Sandhanam? Is Vikram still alive? Who is Vikram in reality? Does Vikram manage to get the better of Sandhanam? What does Amar do? ‘Vikram’ answers questions like these — and more.

The film works as an action entertainer, but doesn’t leave you impressed or awe-struck. That is a tad disappointing, considering that it has so many heavy-duty performers such as Kamal Haasan, Fahadh Faasil and Vijay Sethupathi and expectations from the film were quite high.

Most action sequences are intense. but what they fail to establish is the emotional connect. One or two of the sequences that manage to establish the connect, work big time.

Take for instance the fight sequence in which a woman team member, identified as Tina, blows her cover as a maid to take on the thugs entering the house of Karnan to kill Vikram’s grandchild. This sequence works big time. But unfortunately for the makers, the same cannot be said of several other action sequences in the film.

One other aspect of the film that does not work in its favour is the narration. The manner in which the story is narrated in the first half makes it difficult for audiences to follow the plot.

It is not that the sequences don’t add up. They do. It is just that the audiences have to make a conscious and determined effort to keep all the details of the plot in mind if they wish to follow the story.

That apart, the film’s story has several elements in common with the story of one of Lokesh Kanakaraj’s previous films — ‘Kaithi’, giving room for boredom to set in.

For instance, ‘Kaithi’ too was about goons looking to reclaim drugs that had been confiscated by the authorities. ‘Kaithi’ also had the hero looking to use powerful arms and ammunition to wriggle out of a tight corner. There are several more similarities, but these must be good enough to make the point.

For instance, the mafia don, we are told, takes specific drugs for specific situations. If he is losing a fight he needs to win, he takes a specific drug. If he needs his senses to be alert to track a bomb that has been planted in his place, he takes another. Vijay Sethupathi just revels in this role.

But it is Fahadh Faasil as the Black Ops team lead Amar who steals the show. Sharp, smart and swift, Fahadh manages to hog all the attention, despite sharing screen space with some of the most powerful performers in the film industry.

The film has a decent background score by Anirudh and some exceptional visuals by Girish Gangadharan.

On the whole, ‘Vikram’ works if one looks at it as just an action entertainer. One cannot but heave a sigh of disappointment, however, when one realises that the film could have been so much more than what it has just been made into.