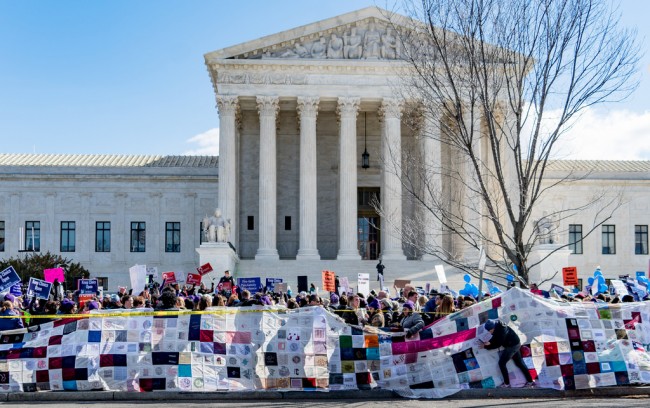 Washington, June 27 (IANS & Staff) The US Supreme Court on Monday struck down abortion restrictions in Texas and ruled that domestic violence misdemeanor convictions are grounds to lose gun ownership rights.

In the Texas abortion law case, known as Whole Woman’s Health v. Hellerstedt, the Court threw out a previous ruling by an appellate court in a 5-3 decision. Justices Breyer, Kennedy, Ginsburg, Sotomayor and Kagan were in the majority, while Thomas, Alito and Roberts dissented.

The decision was immediately hailed by the presumptive Democratic presidential nominee Hillary Clinton.

“SCOTUS’s decision is a victory for women in Texas and across America. Safe abortion should be a right-not just on paper, but in reality,” Clinton tweeted.