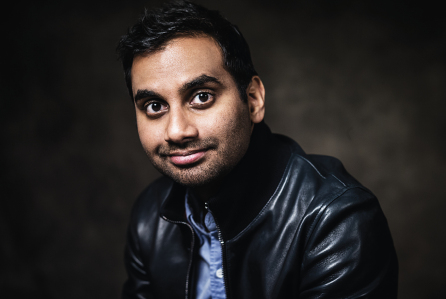 In a column for New York Times, Ansari voiced his opinion saying: “It’s visceral, and scary, and it affects how people live, work and pray. It makes me afraid for my family. It also makes no sense”.

The actor also took to his Twitter account and posted: “Trump wants to ban Muslim immigrants like my parents. I wrote a piece for New York Times telling him to go f*** himself.”

Referring to the Orlando attacks, Ansari wrote about the Muslim American community’s struggle to distance itself from terrorists and constantly ward off Islamophobia. He quoted Trump who said on the campaign trail that Muslims “know who the bad ones are.”

“The overwhelming number of Muslim Americans have as much in common with that monster in Orlando as any white person has with any of the white terrorists who shoot up movie theatres or schools or abortion clinics,” Ansari wrote.

In the piece, Ansari also calls for gun control and expresses frustration about what he perceives as contradictory safety precautions.

“Despite sit-ins and filibusters, our lawmakers are failing us on this front and choose instead to side with the National Rifle Association. Suspected terrorists can buy assault rifles, but we’re still carrying tiny bottles of shampoo to the airport.”