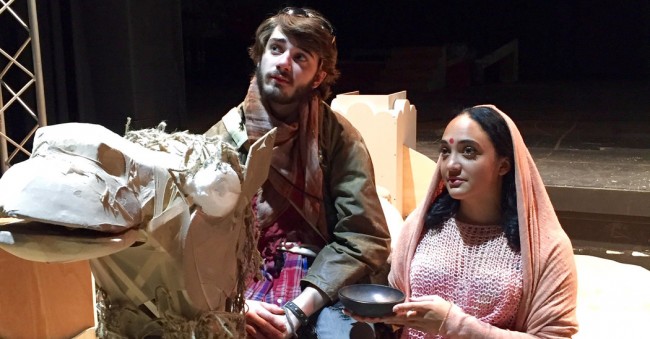 New York, Nov 17 (IANS) A New York-based Korean-American playwright was criticized in the US for calling off play “Jesus in India” because he couldn’t see Caucasians actors playing Indian characters.

Student actors and the stage crew at the university arrived on November 9 for the rehearsals and they were told that the play, to be performed from November 18 to 22 in the college, has been cancelled.

Suh told the university that “I was uncomfortable with any notion that I supported Caucasians portraying Indian characters in my play”.

Suh objected to the Caucasians playing three of the five characters — which are Indian — in the production. He wanted the characters of Gopal, Sushil and Mahari to be played by Indians.

A faculty at the university shared an email from the Korean-American playwright with this newspaper.

The playwright told the faculty that the roles were written for South Asian actors.

“The play is called Jesus in India. India is not irrelevant,” he stressed in the email.

The cancellation of the play evoked strong criticism of Suh.

A reader of Pittsburgh Post Gazettein a letter to the newspaper on Monday said to playwright Lloyd Suh that “it was virtually impossible for Clarion University in Pennsylvania to meet your specific demands as to casting”.

“I commend you for not rioting and burning down your campus in response. You are on your way to understanding that good character is not the result of injustices endured, but rather by your reaction to them,” the reader said in the letter.