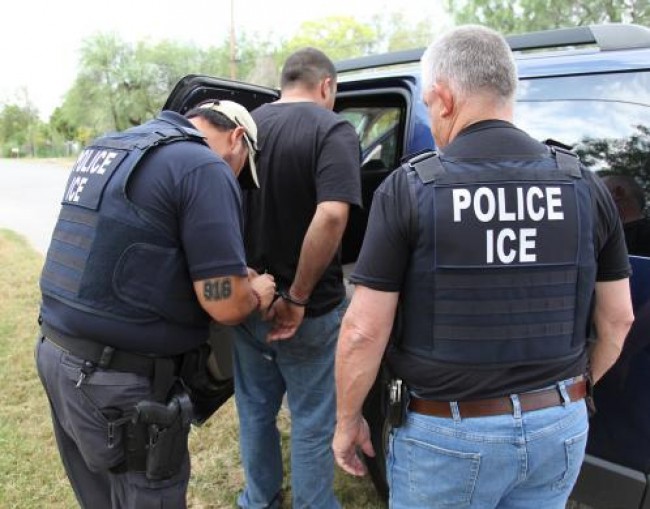 Washington, April 17 (IANS) Arrests at the immigration points in the US rose 32.6 per cent in the first months of President Donald Trumps administration, a Washington Post report said.

US Immigration and Customs Enforcement (ICE) arrested 21,362 immigrants, mostly convicted criminals, from January through mid-March, compared to 16,104 during the same period last year, the report said on Sunday.

Arrests of immigrants with no criminal records doubled to 5,441, the clearest sign yet that President Trump has ditched his predecessor Barack Obama’s protective stance toward most of the 11 million undocumented immigrants in the US.

Advocates for immigrants have said that the unbridled enforcement has led to a sharp drop in reports from Latinos of sexual assaults and other crimes in Houston and Los Angeles, and terrified immigrant communities across the US.

ICE spokeswoman Jennifer Elzea said her agency “remains sensitive” to victims and witnesses and helps them obtain visas or stays of deportation in some cases, reports the Washington Post.

ICE “focuses its enforcement resources on individuals who pose a threat to national security, public safety and border security,” spokeswoman Jennifer Elzea said in a statement.

“However, as (Homeland Security) Secretary (John F.) Kelly has made clear, ICE will no longer exempt classes or categories of removable aliens from potential enforcement.”

Nearly three-quarters of the immigrants arrested from January 20 to March 13 had criminal convictions, an increase of 15 per cent over the same period last year.

But the biggest spike is the arrest of immigrants with no criminal records, with immigration field offices in New York, Boston and other places doubling or tripling their numbers from last year.

ICE’s Atlanta office arrested the most immigrants who had never committed any crimes, with nearly 700 arrests, up from 137 the prior year.

Philadelphia had the biggest percentage increase, with 356 non-criminal arrests, more than six times as many as the year before, the Washington Post report said.

The ICE field offices with the largest total number of arrests — more than 2,000 each — were in Dallas, which covers north Texas and Oklahoma; Atlanta, which includes Georgia and the Carolinas; and Houston, which spans Southeast Texas.

Overall, deportations were down by 1.2 per cent, to 54,741 in January, February and March, compared to the same period last year.