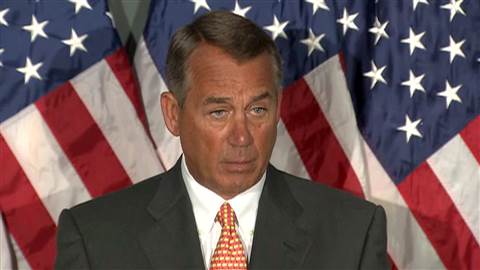 Washington, Dec 5 (IANS/EFE) The US House of Representatives has approved a bill aimed at blocking the executive action on immigration that President Barack Obama took two weeks ago.

The measure, however, does not have good prospects for passage in the Senate, which still has a Democratic majority.

The 219-197 vote on the bill was the Republican Party’s response to the president’s move, which conservative lawmakers have called immigration amnesty, although the party’s ultraconservative wing would have preferred to link the bill to approval of the government budget as a means to exert even more pressure on Democrats.

The vote is, in any case, symbolic, given that Democrats still control the Senate and, even if it were to pass in the upper house, the White House has said that the president will veto it if it ever reaches his desk.

However, Thursday’s vote on the matter will allow House Speaker John Boehner to end the internal debate within the Republican caucus and present a bill that would finance most federal government activities until next September.

Thus, and if Boehner’s budget proposal gets the support of some Senate Democrats, Congress would sidestep the partial shutdown of the government due to lack of funds, as occurred last year due to Republican obstructionism in an effort to eliminate funding for healthcare reform.

Boehner’s plan is to clear the way for even the lawmakers on his side of the aisle most critical of Obama’s action to vote for a budget bill that will fund government agencies through fiscal year 2015, except for the Homeland Security Department, which would only be funded through March.

By then, Republicans will have a majority in both chambers of Congress and will be in a better position to act against the president’s measures, which are designed to temporarily prevent the deportation of some five million undocumented foreigners over the next three years.