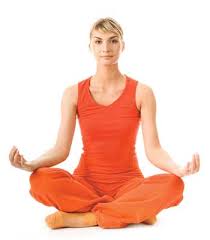 Although yoga may have some religious overtones, the way it’s taught in San Diego schools is a perfectly acceptable method of helping students improve their health, superior court judge John Meyer ruled.

Ruling that the yoga programme of Encinitas Union School District does not endorse any religion, the judge rejected the plea of a section of parents that the district, by providing instruction in Ashtanga yoga, is promoting religious beliefs.

Yoga had obvious religious roots, but its modern practice in the US was distinctly secular, Meyer determined, rejecting a lawsuit arguing a subsidised yoga pilot programme was actually a plot to teach religion in school.

Escondido-based National Centre for Law and Policy had filed the lawsuit on behalf of a couple with two children in the school system.

The petition argued that the programme was a clear “case of the state trampling on the religious freedom rights of citizens” and using its “coercive powers to promote a particular religious orthodoxy or religious agenda to young and impressionable school children”.

The judge sided with the school district’s explanation that its programme has taken out any references to Hinduism and Sanskrit.

Yoga is similar to other exercise programmes, such as dodgeball, he said, wondering whether the plaintiffs came by their obviously incorrect information about what yoga was and how it was being taught in the schools from inaccurate sources on the Internet.

“It’s almost like a trial by Wikipedia, which isn’t what this court does,” Meyer was quoted as saying by the Los Angeles Times.

Yoga supporters noted that it is used at the Naval Medical Center in San Diego to help military personnel wounded in Iraq and Afghanistan recover from injuries and regain self-confidence.