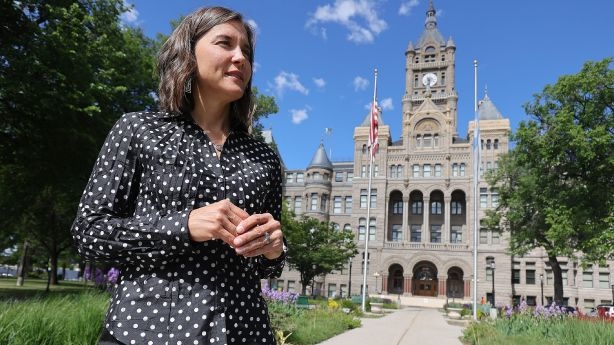 Washington, July 22 (IANS) Erin Mendenhall, Mayor of Salt Lake City in the US state of Utah, has declared racism a public health crisis.

“This is an important declaration for us to make as a City,” Mendenhall said in a statement released on Wednesday.

“Not only are we publicly acknowledging the existence of a grave inequity that many in our community have known and experienced for so long, we are also committing ourselves to the creation of policies and ordinances that are anti-racist,” Mendenhall said.

The declaration came a day after Mendenhall adopted a joint resolution with the city council on Tuesday night, reports Xinhua news agency.

“Racism is a serious public health threat because racism — both interpersonal and structural — is proven to have harmful impacts to the mental and physical health of communities of colour,” said the resolution, adding racism is declared a public health crisis that directly impacts residents in the city “resulting in health disparities that are both measurable and preventable”.

The resolution pointed out that racism impacts where a person lives, learns, works, worships and plays, creating inequities in access to a range of social and economic benefits, such as housing, education, wealth and employment, often referred to as social determinants of health.

“This nation and the states and municipalities within have been designed to systematically disadvantage underrepresented racial and ethnic groups thereby creating health disparities that have persisted even after the Civil Rights Movement following the abolition of slavery,” the resolution said, noting that the Covid-19 pandemic has shown how pre-existing structural inequities created heavier burdens of disease, death and social consequences in communities of color in Utah.

Citing data from the Utah Department of Health, the resolution said odds of infection were three times more likely in areas where there are high percentages of Latino and non-white residents.

“The Latino communities account for 14.2 per cent of Utah’s population, but 40 per cent of the state’s Covid-19 cases. American Indian and Alaskan Native communities in Utah had a case fatality rate that is roughly three times higher than the state average. Black persons in Utah are significantly less likely to be screened for colorectal cancer, but more likely to both contract and die from colorectal cancer,” it noted.

“Salt Lake City believes we have a moral imperative to combat racism, discrimination, and inequities in all its manifestations.

“The city has recently moved forward to develop a city-wide equity plan with a goal to methodically review all City practices and policies and confront the systems that have resulted in generational injustice and health inequities.”

Earlier this year, Utah healthcare leaders declared systemic racism a public health crisis, recognising it as a threat to the health of patients, families and communities through economic and resource inequities which result in poor health outcomes.