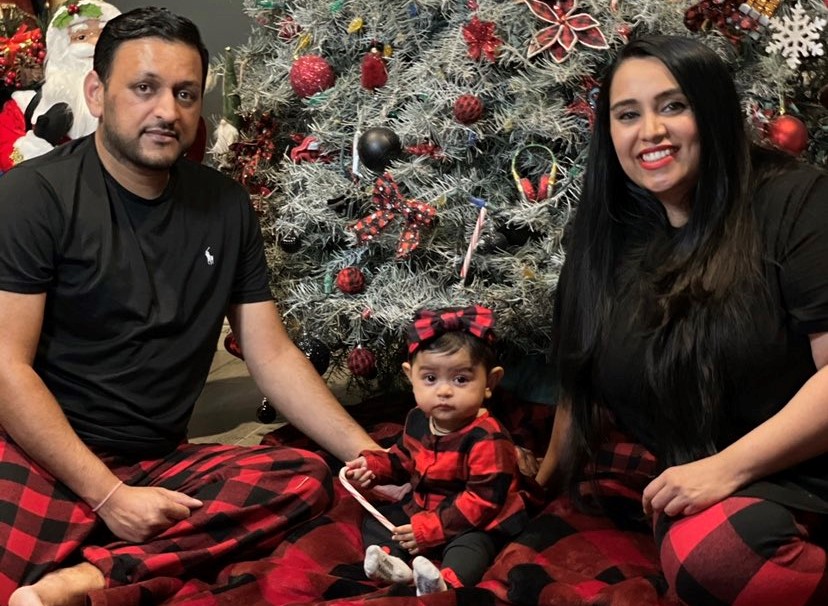 Atlanta, GA, July 20, 2021: An Indian American family has died in the horrific Champlain Towers South collapse in Surfside, a few miles north of Miami Beach, according to local reports. The 13-story beachfront condominium collapsed on June 24, killing Vishal Patel, 42, his wife Bhavna, 38, a dual British and U.S. citizen who was just over four months pregnant, and their one-year-old daughter Aishani.

The couple, identified by Miami-Dade officials on July 9, lived in Unit 311.

The Patels had moved to Miami five years ago, and to Champlain Towers South two years ago, their niece Sarina told the Miami Herald. They knew nothing about the growing questions over the building’s structural integrity at the time, which emerged in 2018 after engineers pointed out evidence of flooding, cracking, corrosion and “major structural damage.”

“Rather, they chose the building for its beautiful view of the Atlantic Ocean and its proximity to the beach, an idyllic place to begin their family life together, they thought. And their family did grow: In May 2020, Aishani Gia Patel was born,” the report said.

Rescuers won’t stop searching at the site of the condo collapse, until all the human remains are found, a local police spokesman said.

“Does that mean we are almost done with the search? No. Until we clear the entire site and find no more human remains we are not done,” Zabaleta said, adding “we are almost there”.

According to a news release from Miami-Dade County on Thursday, crews have recovered 97 bodies from the rubble three weeks after the collapse.

Of them, 92 have been identified, and 97 families have been notified.

“Moving forward, out of respect for the families who are still waiting and to ensure we are reporting the most accurate possible numbers, we will only be reporting the number of victims who have been identified,” said the release.