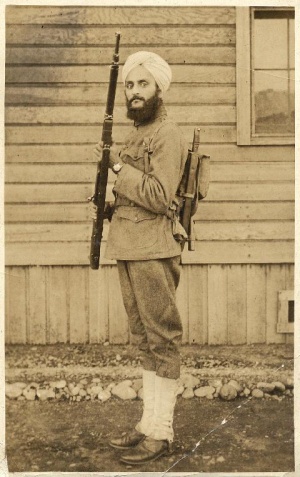 Washington, July 16 (IANS) The White House has acknowledged the contributions of the Sikh community to the US as it celebrates 100 years of their achievements and the immigrant success story in America.

The occasion was an event last week to mark the centenary of the arrival in July 1913 of Bhagat Singh Thind from his home in Amritsar, Punjab, in pursuit of higher education while dreaming of a better life for himself and his family.

Thind became the first turbaned Sikh to fight in the American armed forces and led a life-long campaign to gain citizenship for him and many others.

A century later, nearly 150 Sikh business leaders and CEOs of various companies gathered at the White House to celebrate this pioneer and more than a century of achievement by the American Sikh community.

“The goal of this event is to acknowledge the contributions this community has made to the country, celebrate 100 years of achievement, the immigrant success story in America and also to acknowledge the horrible tragedy of Oak Creek last year,” said Paul Monteiro, associate director of the White House Office of Public Engagement.

An American white supremacist fatally shot six Sikh worshippers and wounded four others in a mass shooting at a Sikh temple in Oak Creek, Wisconsin in August 2012.

While recognizing the success of Sikh immigrants, Monteiro expressed White House’s hope it can further open a dialogue between the Obama administration and Sikhs for years to come.

He discussed how the current negative mainstream perception of immigrants is untrue when looking at the accomplishments of Sikhs in America.

“By working with all of you, who show that you’ve done nothing but contribute to this country, create opportunity and economic mobility, it shows that folks, no matter what their station, can achieve more and increase their station in life through hard work and responsible citizenship,” he said.

The event was organized by the White House Office of Public Engagement, with the cooperation of the Sikh Council on Religious Education (SCORE).

“This is perhaps the first time that such a collection of prominent Sikh business leaders has gathered at one place. It shows that as a community, we have generated wealth and jobs and proved our vitality,” said Dr. Rajwant Singh, chairman of SCORE.