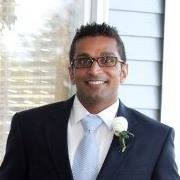 New York, Feb 3 (IANS) Indian American lawyer Kashyap “Kash” Patel is the author of the controversial Republican memo critical of the Federal Bureau of Investigation (FBI) and some Justice Department officials that is roiling the American political landscape, according to media reports.

Patel drafted the document that asserts that there were improprieties in the FBI probe into alleged connections between President Donald Trump’s campaign and the Russian government.

The memo prepared on behalf of the Republican members of the House Intelligence Committee was made public on Friday after Trump cleared its release despite opposition from the FBI and the Democrats.

Patel is on the staff of Representative Devin Nunes, the Republican who is chairman of the committee.

Quoting sources according “familiar with the memo,” Daily Beast said that Patel “read the highly classified intelligence it’s based on (something the Justice Department indicates Nunes has not done), drafted the memo, and then dealt with FBI and Justice Department efforts to keep it from being released to the public.”

He joined the committee as a senior counter-terrorism counsel last April.

The crux of the Republcian memo is the allegation that the FBI relied on investigations of Trump that was paid for by the Democratic National Committee and lawyers linked to Hillary Clinton’s campaign when applying to a court for permission to wiretap a Trump adviser, Carter Page, and that the FBI did not disclose this fact to the judge.

The anti-Trump dossier was prepared by Christopher Steele, who is described as former British intelligence employee. It was initially commissioned by a right-wing website that was against Trump, but dropped it later and the Democrats then commissioned it.

The memo also alleged that Steele as well as some FBI staffers were anti-Trump and that the wife of Bruce Ohr, a former associate deputy attorney general, worked for FusionGPS, the company through which Steele worked.

The Democrats, who have prepared a counter memo, have said the Republican document is an attempt to wreck the image of the FBI and derail the Russia investigation.

Patel had made news in 2016 while working for the Justice Department by not wearing a tie while appearing in a federal court.

During a terrorism trial, Patel appeared informally dressed as he had just landed there from Central Asia, abovethelaw.com, reported. Judge Lynn Hughes admonished him for the way he was dressed and demanded to see his passport.