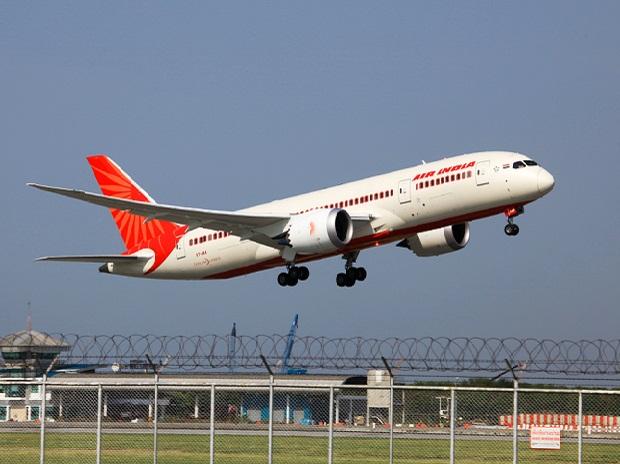 New Jersey, May 11 (IANS) Indians in the US from diverse walks of life returning to their homeland on the first Vande Bharat Mission evacuation flight AI 144 from the New York area, have lauded the Indian government for more than just helping them wing back to India on a packed Air India flight from the Newark airport here.

Many of them expressed relief that they were headed to a country that is managing its COVID-19 crisis far better than the US.

“It’s incredible how India is handling the crisis”, a final year IT student from Northeastern University told IANS.

“I understand all the issues around lack of testing but that’s here too. With India’s population, it’s amazing that the numbers have stayed where they are”, the students said as he waited to walk towards the security check area on Sunday.

The student, who hails from Mumbai’s outskirts, requested not to be named.

For Tamanna Sinha, the flight back home is part of a bittersweet story. After a Master’s degree in applied mathematics and statistics from Stony Brook University, she was hoping to land a job in the US, but the economic crash dashed that possibility, her visa timed out and she is now making the long journey back.

Sinha has no regrets, though.

“Coming here was one of the best experiences of my life,” she said, as the wind roared in the outdoor waiting area.

Balasaheb Chaudhari, a teacher from a school in Palghar, Maharashtra, who was in the US on a Fulbright scholarship, said he was getting “very worried” about the catastrophic caseload in the US and praised the timing of the Vande Bharat mission.

“At least they have thought about us,” he said.

Ganesh Illamalle, who was in the US on work from Pune, is travelling to attend to a “medical emergency” at home where his father, 87, awaits his return.

The full capacity flight from Newark to Mumbai and Ahmedabad is the second out of the US and the first from the New York area.

The first flight took off May 9 from San Francisco for Mumbai and Hyderabad. At least five more Air India – Vande Bharat flights are scheduled from the US to India till May 15.

Air India flight 144 from Newark which takes off close to midnight local time on Sunday is scheduled to reach Mumbai first, with a second stop at Ahmedabad.

The Indian government’s Vande Bharat mission is bringing back stranded Indians in different parts of the world in the wake of the coronavirus crisis.

In the first phase that started on May 7, more than 60 “non-scheduled, commercial” flights by Air India are operating from about 12 countries to bring back 15,000 citizens. The second phase is expected to cover European nations.

The Indian government mandates that only people with no signs of infection will be allowed to return and that they will have to undergo 14-day quarantine on arrival “in institutional quarantine facilities on payment basis”.

A COVID-19 test will be done after the quarantine period, according to an official statement.

Seven criteria, he said, played a pivotal role in who got to fly out. Job loss, pregnancy, visa related issues, medical issues related to the elderly and students whose colleges had closed – these were situations which topped the US missions’ decision making longlist.

“These are evacuation flights, these are commercial flights, we are working closely with Air India. These are being chartered by the Ministry (of External Affairs). We hope that this will cater to the needs of the people here,” Chakravorty said.