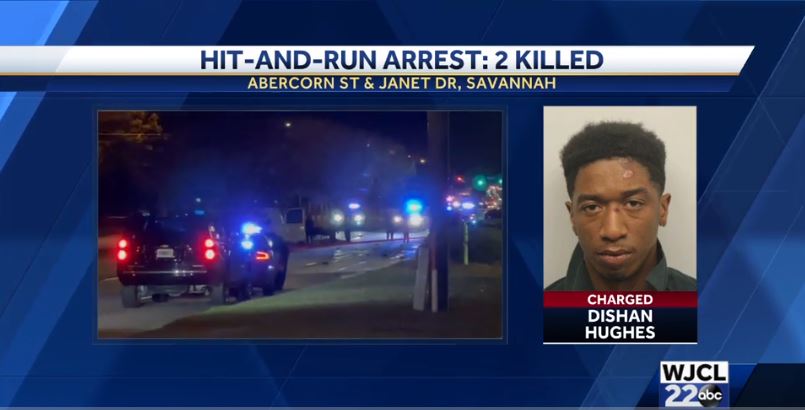 Savannah, GA, January 9, 2022: Two pedestrians were killed in downtown Savannah when a black jeep hit them and left the scene on a Sunday evening in December.

The victims were later identified as Manubhai Patel, 67, and Vinodchandra Patel, 67, both of Savannah, reports abcnews.com.

Georgia State Patrol says troopers were called out to Abercorn Street between Lee Boulevard and DeRenne Avenue around 5:20 p.m. after the jeep hit the two senior men and continued south, stopping at a CVS pharmacy, where the driver, Dishan Isiah Hughes, 30, called 911 to report the incident.

Hughes has been charged with felony hit and run resulting in serious injury or death and DUI – driving under the influence of alcohol, a misdemeanor.