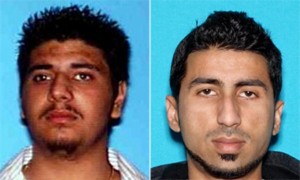 According to the report, both the suspects were taken into custody Wednesday evening and subsequently booked into the Stanislaus County Jail.

Sandhu’s family said he received a call from someone and then left his home, just after he had come home from work Tuesday midnight. The family didn’t know the identity of the caller.

Police said Sandhu called the California Highway Patrol dispatcher that someone was shooting at him along Highway 99 near Turlock.

Within five minutes residents in the area of Pioneer Avenue and East Main Street in Turlock reported shots.

Police found Sandhu in a white Infiniti that had hit a curb. He was shot, and police declared him dead on spot.

White House unveils plan to save domestic helps of diplomats