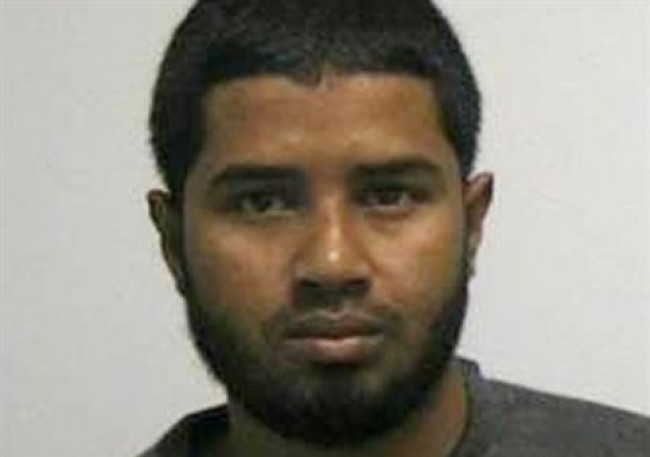 New York, Dec 12 (IANS) Blaming a “lax” immigration system for the bomb attack here by a Bangladeshi immigrant, US President Donald Trump has renewed calls to end immigration based on family ties.

He demanded that Congress should end chain migration, the process by which relatives of immigrants can be sponsored for immigration by their relatives, and can, in turn, sponsor other relatives.

According to police, Ullah has told them that he was inspired by the Islamic State (IS) terror group and that he wanted to avenge the US attacks on IS in Syria and elsewhere.

Officials described the explosive device he crafted as a “low-tech” pipe bomb, which he strapped to himself with velcro to carry out a suicide attack. However, the bomb only wounded him severely and caused light injuries to three others when it went off in an underground passageway at the Times Square metro station connecting trains and the nearby interstate bus terminal.

Officials said that he was radicalised through the Internet.

According to SITE Intelligence Group, which monitors terrorism, IS had recently tried to instigate attacks on the city during the holiday season by issuing propaganda material showing a Santa Claus in Times Square near a box of explosives with the caption, “We meet Christmas in New York.”

Ullah’s attack was the second terrorist attack in New York in less than two months.

On October 31, an immigrant from Uzbekistan drove a small truck into pedestrians near the World Trade Centre killing eight people.

“America must fix its lax immigration system, which allows far too many dangerous, inadequately vetted people to access our country,” Trump said in his statement.

Although Trump mentioned his ban on people coming to the US from eight countries as important for keeping America safe, neither Uzbekistan nor Bangladesh is on his list.

Trump announced immigration reform proposals in August that would end chain immigration and a green card lottery system that allows people from some countries like Uzbekistan and Bangladesh to immigrate without sponsorship or professional qualification.

Sayfullo Habibullaevich Saipov, 29, who carried out the truck attack, had come to the US through the lottery.

He also claimed allegiance to the IS.

Ullah, who came to the US in 2011, had recently worked as an electrician at a building site and for a while had been a driver.

After police searched several locations connected to him looking for explosives and for evidence, his family issued a protest through the Council on American-Islamic Relations.

Their statement said that they were “outraged by the behaviour of law enforcement officials who have held children as small as four years old out in the cold and who held a teenager out of high school classes to interrogate him without a lawyer, without his parents”.