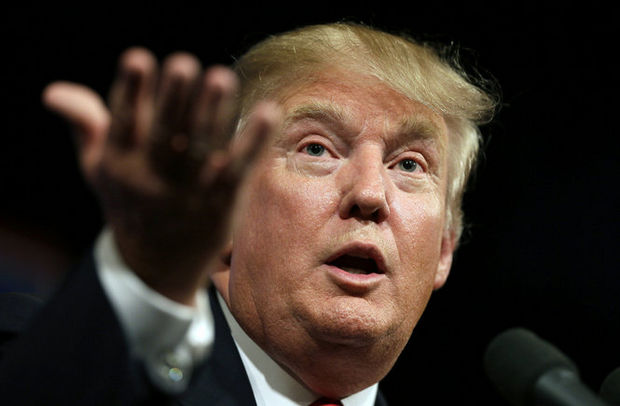 “The candidates who I’m creaming in the polls” have stirred up outrage, said the real estate mogul in an interview with the New York Times citing Louisiana governor Jindal, former Texas governor Rick Perry of Texas and others.

“You get guys like Perry, he’s not registering, Bobby Jindal was very vehement – oh, bah bah. I think he’s at zero,” he said.

Trump’s comments came as a new ABC News/Washington Post poll found him leading the 16-candidate Republican field with 24 percent support among Republicans and Republican-leaning independents, up sharply from 4 percent in May.

Trump also garnered enough support in the poll as a hypothetical independent candidate in the November 2016 general election to potentially damage his party’s chances. How long the Trump surge lasts is an open question, said ABC noting its poll was conducted Thursday through Sunday, mostly before his controversial criticism Saturday of the 2008 Republican presidential candidate John McCain’s status as a war hero.

On the Democratic side, the poll found former secretary of state Hillary Clinton retains very broad backing for the Democratic nomination, 63 percent, vs. 14 percent for Senator Bernie Sanders and 12 percent for Vice President Joe Biden.

With Biden, who hasn’t announced a candidacy, out most of his support goes to Clinton, boosting her to 68 percent, it said.

Meanwhile, in his interview with the New York Times, Trump reiterated his views about McCain.

Despite all round criticism, Trump has declined to apologise to McCain saying, “I always believe in apologizing if you’ve done something wrong but if you read my statement you’ll see I said nothing wrong. And I got the biggest ovation.”