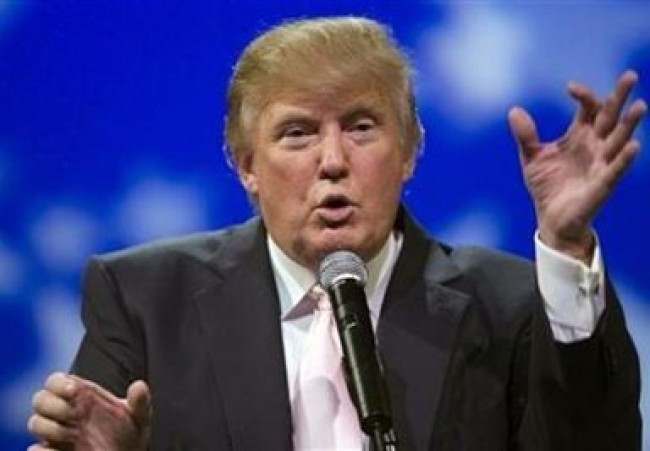 New York, Dec 10 (IANS) US President-elect Donald Trump has vowed to end the practice of laid-off American workers being made to train foreigners brought over to replace them, a move which could impact Indian technology workers and outsourcing companies.

Trump called these incidents “demeaning” and said: “We are not going to let it happen to our people any more.”

Trump made the pledge on Friday during rallies in Baton Rouge, Louisiana, and in Grand Rapids, Michigan, where he returned to his campaign themes on immigration in rousing speeches.

He said that during his campaign he met workers who had been told that they had to train their replacements or they would not get the severance benefits that are given after layoffs.

He asserted that will not let it be repeated, but he did not say how he would do that.

Several companies have been accused of laying off their employees and making them train workers from India brought in on H-1B visas by the staffing companies that got the outsourcing contracts.

In a widely-publicised case that sparked outrage, Walt Disney laid off 250 workers and had many of them train their replacements brought in by Cognizant and HCL in 2016.

Trump said that one of his first tasks would be to issue an executive order for the Labour Department to investigate visa abuses that lead to Americans losing jobs or have their earnings cut.

In his speeches, Trump outlined his “America First” agenda that could affect India in two ways: Reducing the employment prospects of skilled Indians in the US and undercutting Prime Minister Narendra Modi’s ambitious programme of “Make in India” for exporting.

“We are building our country with American hands, and American workers,” he said. “My administration will follow two rules, buy American and hire Americans.”

While speaking of tightening enforcement of immigration laws, Trump also opened his arms to legal immigrants. “We are going to have hundreds of thousands of people, we want them to come in,” he said. “But they are going to come in legally.”

Reiterating his campaign to build a wall again along the Mexican border to keep out illegal immigrants, he, however, said that “we are going to have big beautiful doors in that wall” for legal immigrants to enter the country “through a process legally.”

In fighting terror, Trump said “I will suspend immigration and refugee admission from regions where they cannot be safely processed or vetted.” He did not say which countries would be affected.

“We are going to have extreme vetting,” he said. “We will do everything in our power to keep radical Islamic terrorists the hell out of our country.”