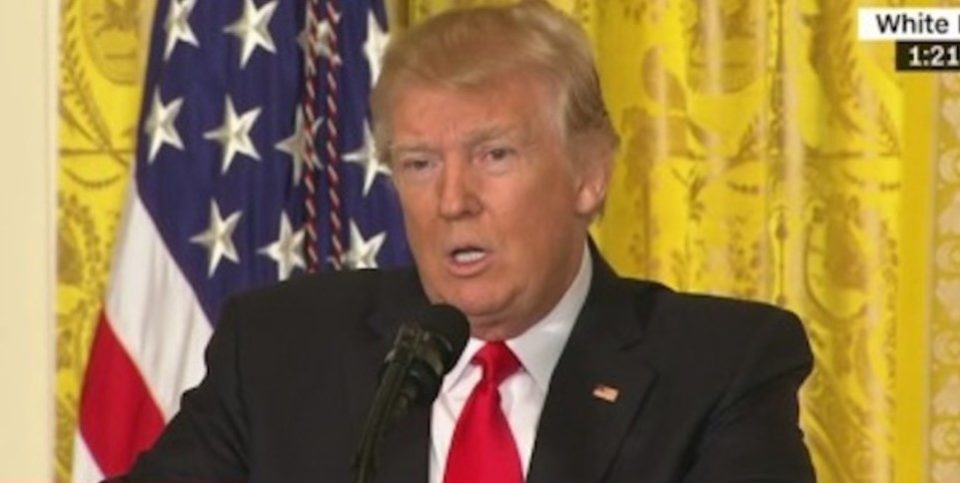 New York, April 21 (IANS) In a sudden twist, US President Donald Trump has announced that he was shutting the country to legal immigration temporarily through an executive order.

“In light of the attack from the Invisible Enemy, as well as the need to protect the jobs of our great American Citizens, I will be signing an Executive Order to temporarily suspend immigration into the United States,” he tweeted on Monday night.

Trump refers to COVID-19 as the “Invisible Enemy”.

He made a campaign against illegal immigrants a key part of his election platform, but so has been receptive to those coming in legally, although he has tried to change the qualifications.

Trump has said that he wanted to change the existing immigration system to give preference based on merit to immigrants coming for jobs at the expense of other categories like relatives, which he wants to end.

He said that he was working to replace the current “immigration system with one based on merit, welcoming those who follow the rules, contribute to our economy, support themselves financially, and uphold our values”.

It would appear that by saying that the temporary ban was “to protect the jobs of our great American Citizens”, Trump was trying to appeal to 22 million people who have lost their jobs so far due the COVID-19 pandemic.

The announcement made through, Twitter, his favorite vehicle for important decisions, was as terse as it was muddled leaving hanging when he would enact it, how long it would be in effect and how it will square with the immigration laws and quotas enacted by Congress.

Democrat Representative Don Beyer pointed out in a tweet that “immigration has nearly stopped and the US has far more (coronavirus) cases than any other country”.

“This is just xenophobic scapegoating,” he said.

Trump has already banned non-citizens, who are not already permanent residents (or green card-holders) from 28 European countries, China and Iran from traveling to the US and air connections from several countries are not operating making it difficult for immigrant visa-holders from many others to come in.

The announcement also drew a swift rebuke from Democrat Senator Kamala Harris, who accused him of “shamelessly politicizing this pandemic to double down on his anti-immigrant agenda” having failed to take the COVID-19 crisis seriously.

“The American people are fed up,” Harris, who is of Indian and Jamaican descent, tweeted.

The US diplomatic missions in several countries have stopped holding immigrant visa interviews, although according to the New Delhi embassy website it appeared that interviews were continuing with interviews for some categories done only at the Mumbai consulate.

The immigration service has also temporarily stopped immigration interviews within the US because of the social distancing rules.

Trump had already barred asylum-seekers from coming through the Mexican border and the immigration authorities have been returning to Mexico anyone caught crossing over illegally.

Illustrating the dilemma over the availability of jobs and citizens ready for back-breaking work, US agriculture relies heavily on foreign workers and gives temporary visas to tens of thousands of them every year because few here will do them.

Trump has been under pressure from US farmers, who are one of the pillars of his base, to allow in the temporary farm labor.

He had said earlier this month: “I’ve given the commitment to the farmers: They’re going to continue to come. Or we’re not going to have any farmers.”

It’s That Time of Year: the H-1B Fiscal Year Quota and the H-1B Haters