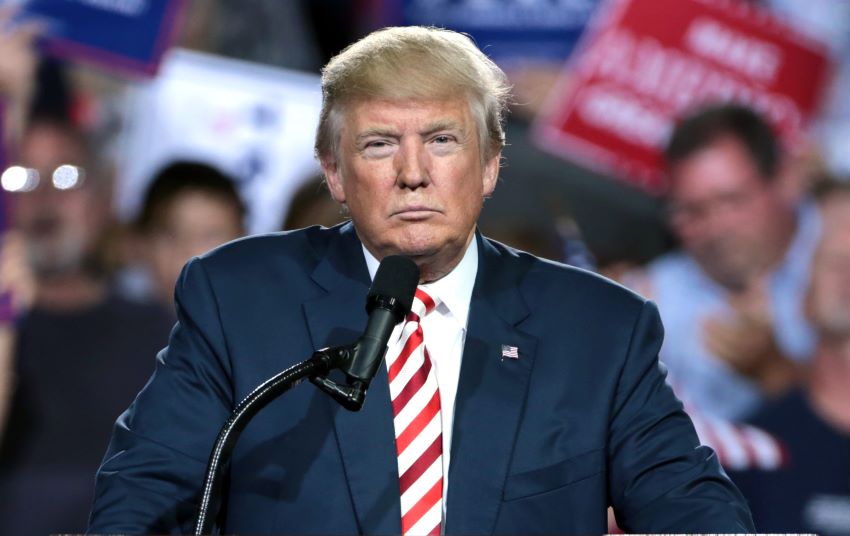 New York, April 22 (IANS) US President Donald Trump has said that his immigration ban will be for only 60 days and indicated that workers on temporary visas like H1-B for professionals could continue to come in.

“This order will apply only to individuals seeking a permanent residency, in other words, those receiving green cards; big factor, will not apply to those entering on a temporary basis,” Trump said on Tuesday while clarifying that it is for only 60 days.

He said that there would also be some exemptions to the temporary ban on immigrants.

“Some people will have to come in; obviously we have to do that, obviously even from a humane standpoint,” he said.

Trump had tweeted the immigration ban on Monday night. He said that the executive order was being drafted and will probably be issued on Wednesday.

Trump said that after 60 days he and a group will evaluate the need for any extension or modification “based on economic conditions at that time.”

An immigration lawyer, Mark Davies, said that based upon the president’s comments H1-B visas for professionals, and temporary visas known as E-2 for a category of investors and L-1 visas for employees of foreign companies transferred to work in the US are not affected. But he added, “This may change as more information emerges.”

These categories of visas are temporary and do not of themselves confer permanent residence or path to citizenship.

But Davies said that the immigration ban would affect another category of visas for investors known as EB-5 because it “is a fast route to a Green Card for families and individuals able to invest $900,000.”

Trump said that he was solely motivated by the plight of American workers rendered jobless by the COVID-19 epidemic.

He said, “By pausing immigration we will help put unemployed Americans first in line for jobs as America re-opens — so important. Would wrong and unjust for Americans laid off by the virus to be replaced by new immigrant about flown in from abroad.”

Another reason he said was to help “conserve vital medical resources for American citizens” and “protect the solvency of our health care system.”

Although he denied a reporter’s suggestion that he was using the coronavirus pandemic as an excuse to push his agenda of limiting immigration, that appeared to be what the ban was set to accomplish to a degree.

Trump has said that he wanted to end the immigration of extended family members and has imposed a requirement for immigrants to get health insurance and prove that they won’t utilise public benefits.

Many of those in the pipeline to receive green cards, especially Indians, are already legally in the US on other visas waiting their turn.

So the ban will have a greater impact on potential immigrants in categories like relatives of citizens, especially if exemptions are carved out for those coming in on the basis of some employment categories. His mention of conserving health resources is in line with the earlier mandate he had issued for immigrants to have health insurance.

He has said that he wanted to change the existing immigration system to give preference based on merit to immigrants coming for jobs at the expense of other categories like relatives, which he wants to end.

While he said that he was suspending immigration in order to protect American workers, the ban does not extend to non-immigrant workers who would be taking up jobs.

He specifically said that the tens of thousands of agricultural workers who are the backbone of US farming will continue to be allowed to come in.

There is a category of visas known as H2-A to enable workers to come in every year for agricultural and similar work which Americans won’t take up in sufficient numbers.

“If anything we are going to make it easier and we are doing a process that will make it better for those worker to come into the farm,” Trump said.

Especially at this time there is a demand for healthcare workers and Ian Brownlee, the Principal Deputy Assistant Secretary of State for Consular Affairs, has said that where routine visa services were suspended visas would be processed for medical personnel already accepted in US programs.

The immigration ban appears to be more of a sop to a section of Trump’s base rather than making a big material difference in terms of limiting workers coming in as Democrat Representative Don Beyer pointed out in a tweet: “Immigration has nearly stopped and the US has far more (coronavirus) cases than any other country.”

While workers on non-immigrant visas can in theory come in, in reality there is a ban on travelers from 28 European countries, China and Iran, and air services have been severely curtailed from most parts of the world under a clampdown.

At the same time, farm workers would be allowed in through Mexico.

The US diplomatic missions in several countries have stopped holding immigrant visa interviews, although according to the New Delhi embassy website it appeared that interviews were continuing while for some categories it was done only at the Mumbai consulate.

The immigration service has also temporarily stopped immigration interviews within the US because of the social distancing rules.

Trump had already barred asylum-seekers from coming through the Mexican border and the immigration authorities have been returning to Mexico anyone caught crossing over illegally.