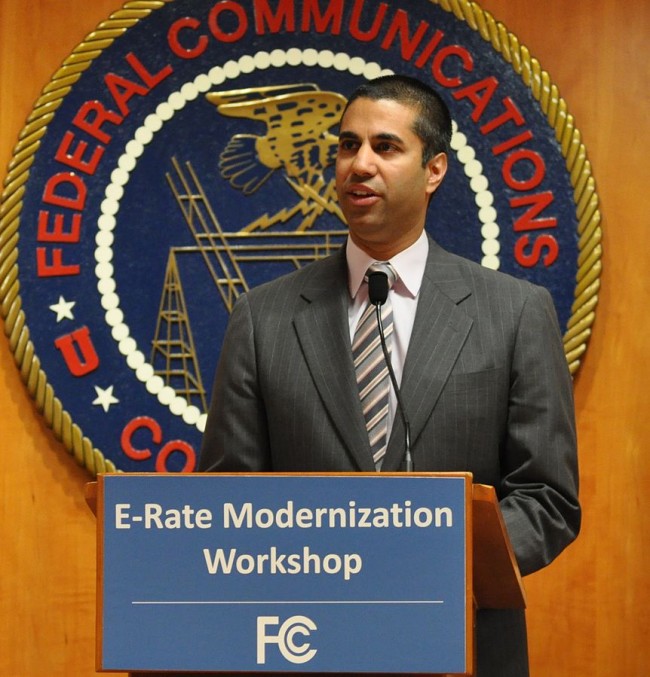 Pai, 44, will be the Chairman of the Federal Communications Commission (FCC), the federal authority regulating cellphone spectrum and services, radio, television, phone, internet and satellite and cable.

Pai announced his appointment on Twitter, saying he was told of it on Monday and that “it is a deeply humbling honour”. He added that he would work to bring the benefits of the digital age to all Americans.

The FCC also has a major role in controlling the content of television and radio, a sensitive issue given Trump’s contentious relations with the media.

Underscoring its importance, Representative Frank Pallone said: “By some measures, the FCC oversees approximately one sixth of the US economy.”

Nikki Haley, Trump’s nominee for the cabinet-level post of US ambassador to the UN, is scheduled to be recommended on Tuesday by the Senate Foreign Relations Committee for approval by the entire Senate for the job.

Another Trump nominee is Seema Verma, who is to head the Centers for Medicare and Medicaid Services, the agency for government health insurance programmes.

Already a member of the FCC, Pai will succeed Tom Wheeler, a Democrat, who quit recently.

A free enterprise advocate, Pai has been a critic of the functioning of the FCC and clashed with its Democratic Party leadership. Recently he took issue with an FCC report that questioned the legality of offerings given free of charge for people to access online music, videos and other content.

He has said he wants to end net neutrality, which prevents internet service providers from giving special preferences to certain web sites or accept payment from a web service to give it priority or better access.

Democrats expressed their concern about Pai’s role in a letter to him.

The senior Democrat on the House Committee on Energy and Commerce that deals with communications wrote to him saying his success would depend on being responsive to members of Congress from both parties and working for consensus on major decisions.

Before his appointment to the FCC in 2012, Pai had worked as a lawyer for the telephone and communications giant Verizon, the Senate Judicial Committee and the Justice Department.

Trump has also appointed an expert on strategic communications and political research, Raj Shah, as deputy assistant and research director on the White House staff.

Another Indian American, Balaji Srinivasan, is under consideration to head the Federal Drug Administration (FDA), according to Sean Spicer, Trump’s spokesperson.

Srinivasan is a biotechnology entrepreneur who has been critical of the connections between large pharmaceutical companies and FDA. He now heads a start-up that deals with bitcoin, the internet-based currency.