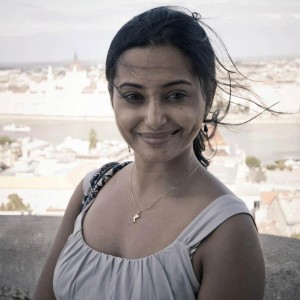 Atlanta, GA: In a tragic incident, a 31-year-old US-based software engineer died after she fell from an 11th-floor apartment balcony in Sahakaranagar,  Bangalore, in the early hours of Wednesday, October 2. Kavita S Arumugam died while she attempted to jump from one balcony of the apartment to another which was 3.5 feet away, Times of India quoted police sources as saying.

Kavita had moved to the US for her post graduate studies. She graduated from Auburn University in Alabama in 2007,  according to her facebook page. She was working in E-Clinical Works in Boston. She had come to Bangalore for her sister Karen’s wedding a few months ago.