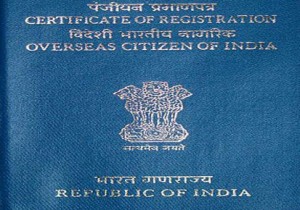 Atlanta, GA: Indian consulates in the US are scrambling to clear up a visa mess in the wake of a change of contractors for processing consular services.

Following complaints galore against the previous service provider BLS International, the Indian embassy awarded the new contract for providing visa and other consular services to Cox & Kings Global Services from May 21. The switch, however, has made the ordeal of travelers to India worse.

Talking to this reporter, Consul General Ambassador Ajit Kumar said the Indian Consulate in Atlanta is taking care of 30-40 such applications each day.

“The problem was with the transition from BLS to Cox. But the problem is now under control,” he assured. “Anybody can come in (to the Consulate) without an appointment between 10 am and 12.30 pm on weekdays, and will be seen. We even process emergency visas during the weekend.”

In the past three weeks, this reporter was contacted by several readers who have been waiting incessantly for their Oversees Citizenship (OCI) card.

“My application is lost in the transition from BLS to CKGS and it’s quite frustrating,” said one reader who applied for his OCI card on March 28. “I checked online at http://passport.gov.in/oci/statusEnqury but couldn’t find my application. I’ve called Cox and emailed them. I’ve also emailed BLS at financequery@blsinternational.com and was asked to send more details.”
(This reader received his OCI card at the Consulate  just a day after his case was brought to the attention of Consul General Kumar by this reporter.)

Another reader who applied for his OCI card on April 14 said: “I had called Cox & Kings Global. They asked me to call a different number (1-866-316-5244) for discussing applications submitted through BLS International, but after repeated calling and waiting on the line, I was not able to get any one to talk about my case.”

After visits to the Consulate, this reader was advised to come back before his travel to India for an emergency visa if his OCI card didn’t come by then.

A reader from Charlotte, NC was upset with the “arbitrary answers” given by BLS staff each time he called.

The Atlanta Consulate, which has a reputation for being courteous and helpful to those in need of consular services, has a helpline email address for all visa/passport/OCI/PIO/renunciation/consular services. Applicants can write to contact@indianconsulateatlanta.org describing problems with their case.

The Indian embassy in Washington DC has also advised travelers to send their complaints about returned unprocessed applications despite payment to ConsularComplaints@indiagov.org with full details.