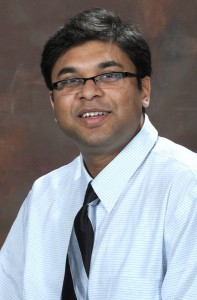 Washington, Jan 8 (IANS) An Indian-American researcher has found that hydrogen sulfide, a short-lived gas that is produced within the human body and has key physiological effects, can impact the brain cells’ ability to use food and glucose.

This can eventually result in the destruction of synapses where the cells connect so information can be stored and memories made.

“So just think about this. If this protein is being chewed up, then neuron-to-neuron communication is disrupted. If it continues to happen in your brain or in my brain, our memory will be shut down,” explained Nilkantha Sen, neuroscientist at the Medical College of Georgia at Georgia Regents University.

Hydrogen sulfide is better known for its ability to dilate blood vessels and maintain clean arteries as one ages.

Sen and his team found that the immune cell interleukin 1I (IL-1I) prompts production of the short-lived gas hydrogen sulfide, impacting the brain cells’ ability to use food and glucose.

Sen referenced damage to the protein PSD95 which is essential to the framework of the synapses that connect brain cells and which gets modified by the gas hydrogen sulfide.

Loss of PSD95 already is implicated in dementia as well as depression, anxiety disorders and addiction.

IL-1Beta signalling in the brain plays a critical role in learning and memory however, the rapid accumulation that follows injury appears to have the opposite effect.

But, as with IL-1I at high levels, hydrogen sulfide seems more bent on cell destruction.

“It is maintained at a threshold level in every tissue of our body,” Sen says. “But when it increases, it produces adverse reactions.”

“It kills a very important protein for synaptic plasticity. This is a completely novel mechanism,” that he hopes will one day translate to a novel therapy for several neurodegenerative disorders as well as brain injury.

Hydrogen sulfide is a poisonous, flammable and colourless gas with a characteristic odour of rotten eggs.

The study appeared in the journal Molecular Cell.