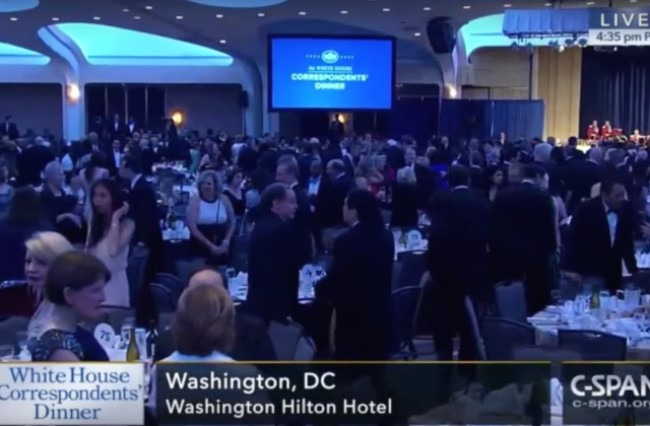 Washington, March 21 (IANS) Time and People magazine have confirmed that they will not hold their “glitzy”, celebrity-filled party the night before the White House Correspondents’ Dinner, a media report said.

The move follows several other high profile parties being cancelled for the annual event, during which the US media, politicians, and celebrities gather to celebrate journalism awards, scholarships and normally to toast the President, Politico news said in the report on Monday.

Donald Trump has announced he will not attend the April 29 event, the first time a sitting president has skipped the dinner in decades.

The last President to miss the dinner was Ronald Reagan, who sat out because he was recovering from an assassination attempt in 1981, although he still delivered remarks by phone.

However, Time will still attend the dinner, while People will be making a donation to the White House Correspondents’ Association in lieu of tables at the dinner, a spokesperson said.

“This year we have decided to focus on supporting the White House Correspondents Association, which plays a crucial role in advocating for the broadest possible access for the press at the White House,” Alan Murray, Time Inc. chief content officer said in a statement on Monday.

Vanity Fair and The New Yorker have also announced they are cancelling their annual events, which like the Time and People magazine party were normally the most celebrity-filled events of the weekend, the Politico news report added.

Other events, such as MSNBC’s after-party, have not yet been announced.

Several news organizations have also withdrawn from attending the event in protest of Trump’s treatment of the media.

US denies any major change in H1-B visa regime: Sitharaman