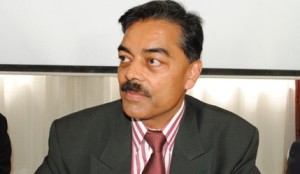 New York, Nov 14 (IANS) Three Indian-origin men are among the 50 richest persons in Africa this year, according to Forbes magazine.

Vimal Shah, Sudhir Ruparelia and Naushad Merali figured in the list with a net worth of $1.6 billion, $1.1 billion and $430 million respectively.

Ruparelia, who is ranked 24th, chairs the Ruparelia Group, a Ugandan property and banking conglomerate that owns hundreds of properties, hotels and a chain of foreign exchange bureaus.

Merali who is ranked 48th, is the founder of the Sameer Group, a Kenya-based conglomerate with interests in construction, agriculture, information technology, telecom and finance.

Aliko Dangote of Nigeria topped the list for the third year in a row with a fortune of $20.8 billion, $8.8 billion more than in November 2012, making him the biggest gainer in dollar terms.

The main reasons for the rising number of billionaires, the magazine stated, are rising stock prices, new business deals and new assets.

Net worths were calculated using stock prices and exchange rates as on Nov 1 this year.